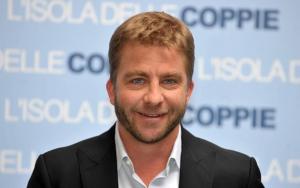 Peter Billingsley is a highly successful American actor, director and producer. He is most famous for his role as Ralphie on the classic holiday film, A Christmas Story. He was the winner of the 1983 ‘Young Artist Award’ for Best Actor and he is in an exclusive league of actors famous for their philanthropic and charity work.

Peter Billingsley-Michaelsen is was born on April 16, 1971 in New York City, New York. He came into the world as the son of Alwin Michaelsen and Gail Michaelsen. His father was a finance consultant and his mother once worked as his secretary before they entered a romantic relationship.

Peter’s brother Neil Billingsley and sister Melissa Michaelsen are also recognized actors. Being the grandnephew of actor Sherman Billingsley, Peter had a great penchant for acting from his early childhood. Not only Sherman Billingsley, but many of his relatives were in the industry of acting and this made quite an impact on Peter as he made his decision to pursue acting as his profession.

Peter’s preliminary education was from a mix of a number of public schools and private tuitions because of his acting career. He went to prominent schools such as the Phoenix country day School, Paradise Valley and Professional Children School. Upon completion of his high school education from Arcadia High School, Billingsley went on to attend Phoenix College.

For Billingsley, the call from the show biz industry happened quite early. By the time he was 11 years of age, Peter’s acting streak in commercials counted to as high as 120 different commercials. As a child actor, he appeared in movies like ‘If Ever I See you Again (1978)’. In ‘Paternity (1981),’ he was casted for the role of Tad. He played Little Billy in ‘Honky Tonky Freeway (1981).’  For the film ‘The Dirt Bike Kid (1985),’ Peter received his very first award for acting in the form of Young Artist Award for the Best Leading Young Actor.

Other feature films in which Bill Starred are ‘Death Valley (1982),’ ‘A Christmas Story (1983),’ ‘Russkies (1987),’ and ‘Beverly Hills Brat (1989)’. His most famous movie ‘A Christmas Story,’ remains a favorite of children and families and is watched widely around the country when the holiday season arrives.

In an interview with Playbill, Peter was asked about his iconic role on A Christmas Story. He was really young when the movie was filmed so that website wanted to see if he could recall anything from his time on the set. Peter was happy to talk about the biggest moment of his acting career, “I had been acting for a long time. I started when I was two-and-a-half and I was about 12 when I did the movie. I had been a part of some pretty big-budget flops prior to that. When you’re involved in those big-budget movies there’s a lot of hype, “Oh this is gonna be a big hit!” And A Christmas Story wasn’t. It came and went and was a big disappointment at the box office. I think the difference with this movie, that I sensed right away, was everyone’s approach to the work.”

FAQ: How old is Peter Billingsley?

FAQ: What is Peter Billingsley networth in 2020?