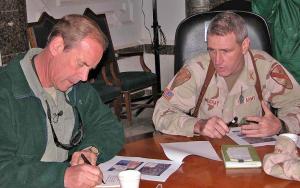 America’s youngest television anchor Peter Jennings was born in the year 1938 on July 29th and died in the year 2005 on 7th August. He is a Canadian American television journalist and has worked as a news anchor appearing on many shows and presentations. Till his death, she appeared as a sole presenter of ABC’s World News Tonight since 1983.

He was already aware of the lung cancer illness after encountering severe complications and health troubles. Jennings was born to Charles and Osborne and he is the eldest of 2 children. His father served as a journalist for Canadian Broadcasting Company. Peter Jennings got wedded 4 times in his life time, however he was finally married to Kayce Freed during the end of his life. Peter is a father of two children namely Elizabeth and Christopher who were born to his 2nd wife Kati Marton who is also a journalist.

Peter Jennings traveled by his father’s footprint while he gave his debut entry in a show on Canadian Radio when he was 9 years old. Peter did his schoolings and he dropped his high school while he was 17. However, Peter was back with a bang to host the Canadian Musical Program titled as Club Thirteen in his 20th age. When he was 24 years, he shared the stage and worked as a co-host for national news popping on CTV. He was there for two years time prior shifting to USA and becoming a part of ABC News in the year 1964.

His admirable presentation and smart look helped to score world-class recognition and also helped to get the permanent anchor seat. During the year 1965, he was appointed as the regular host of a program called Peter Jennings with the News. This show was a directly competitive to the news presented by CBS and NBC network. Prior becoming a foreign correspondent, Peter worked for ABC for two years time. in the year 1968, Peter established the Network’s Bureau at Beirut which was the only American Television existing in the Arab World.

Jennings is one among the 3 news presenters of ABC’s World News Tonight in the year 1978. Peter happily shared his work and stage with Max Robinson and Frank Reynolds and in the year 1983, he became the sole host broadcast later following Reynolds’s death. During his workmanship on World News Tonight, Peter has the chances to cover many crucial news happenings. Particularly to describe, some of his significant news coverage will include Gulf War in the year 1991 and Iraq war in 2003. Jennings gave his stupendous support in covering critical and threatening news events. He is ultimately proficient and all his work was highly professional and excellent.

Peter’s death was truly awful and sad while his journalism era came to an end. His colleagues got their retirement in the later ages, but Jennings was retired quite earlier comparatively. Plenty of American viewers relied and found Jennings very comfortable and active, but his death will definitely create a melancholic feeling amidst his viewers.

FAQ: How old is Peter Jennings ?