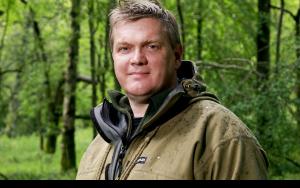 Raymond Paul Mears is a British author and television presenter who was born on February 7, 1964, in Coulsdon and Purley Urban District in Great Britain. He spent his early years growing up on the North Downs, in Southern England before going on to attend Downside Preparatory School in Purley. He also attended Reigate Grammar School where he was a member of the naval cadre of the Combined Cadet Force.

Mears has carved out a name for himself as an English woodsman, instructor, businessman and most famously, as a bushcraft and survival television presenter. He is best known for his roles in the shows "Ray Mears' Bushcraft", "Ray Mears' World of Survival", "Extreme Survival with Ray Mears", "Wild Britain with Ray Mears", and "Ray Mears Goes Walkabout". Mears achieved success as a businessman in 1983 when he founded Woodlore, a survival gear company that offers bushcraft courses.

In 2005, Mears was in a serious accident when the helicopter which he and his camera crew were in struck the ground during a low-level turn. The helicopter broke apart and rolled to a stop but in the mayhem, the fuel tank ruptured and Mears and his crew were covered in fuel. Thankfully, there was no fire and only one of the crew was badly hurt. Mears married in 1992 but his wife Rachel died of breast cancer in 2006. He currently lives in Sussex with his second wife Ruth and her son.