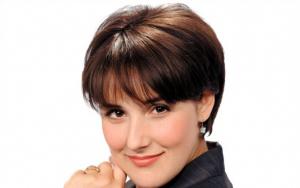 Ricki Pamela Lake is an actress, TV host and also a producer. She has won an Emmy award and is known for her talk shows. She got married to a bartender, Rob Sussman in 1994 in Vegas. She had two sons with him. In 2003, she got separated from her husband and divorced him in 2005. In 2009, she met her next boyfriend, Christian Evans. They got engaged in 2011 and got married in 2012. She also stated that she was abused, when she was a child. It was said that her first marriage was filled with dramas and many other problems. She had second thoughts about getting a divorce as her sons were too young. After the separation, she never thought that she would get married again. However, Christian changed her views.

It was said that Rob had the problem of marrying someone who is wealthy and more successful than him. He once stated that he felt it to be very bad when people say that his wife supports him. He also stated that he is working very hard and is not dependant on her. Ricki was very optimistic about this problem. She supported Rob and said that two years from then, he would be supporting her. However, months after the interview, Lake filed for the separation stating irreconcilable differences as the reason. Her lawyer stated that the wage difference was the main problem and he is very jealous and uncomfortable with her career and wealth. Things started to get worse, when they moved to a 6.5 million dollar mansion. He said that he did not want to be Mr. Ricki Lake and wanted to be separated from her. Rob was not known to have had any secret girlfriend before and during the separation.

Ricki was also not rumored to have had an affair with anyone. She met Christian long after her separation. Ricki never talked about her life, after the second wedding. She said that she was really excited and relaxed about her wedding. She also stated that Christian changed her idea of never getting married again. After a drama filled life with Rob and her mansion getting burnt down, she lost all hopes and then, she met Evans. She got the custody of her children and she was protected by pre-nup. There are no details about the separation settlement, spousal support and other details. However, it was said that she had a strong pre-nup and Rob was not fond of the idea of taking money from his ex-spouse. The settlement was smooth, but the separation was ugly. She once stated that she was happy to be in a relationship with a man, who is not threatened by her success. She said that Evan would never try to keep her down, because he is not jealous.

As far as Evans, he is never available for any comments on the rumors or never talked about his relationship with Ricki before and after the wedding. He always keeps a low profile. Ricki is also trying to keep a low profile, after her wedding.