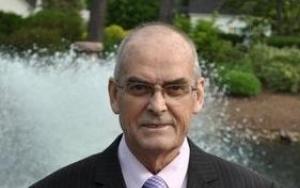 Robert Fisher is a popular Canadian television and radio journalist who has anchored plenty of TV and radio shows. Fisher was the afternoon news host on CBC Radio One’s station and CBLA at Toronto. Also Robert Fisher is a famous host on the popular network called the Ontario Station and he appears as a political analyst there. Fisher appears in the Ontario Stations as a political analyst and he keeps filing periodical reports under Dr. Fisher pseudonym.

Robert Fisher is a globally recognized journalist who has won plenty of awards and tributes in his career. He did his graduation at Algonquin Collage at Ottawa and also he pursued his education course at Carleton University while he scored his master degree in Journalism. Fisher was groomed rightly with the best journalism skills and knowledge at Centennial College at Toronto and News production for TV & Radio at Ryerson University in Toronto. Robert Fisher had a significant style in his every presentation as a news host both in the radio and as well as in the television channel too. All these together made him to grab the attention of the audience worldwide.

Robert Fisher is a world-renowned journalist who has his targeted people being alert and active to watch his shows. This award-winning TV host has 30 plus years of experience in anchoring shows at private and public radio and television. Fisher played a major role and he gave his sincere efforts and hard work for CBC Television for 10 years while he kept reporting for political, national and municipal politics prior he was promoted as a senior news host and political specialist at Global Television Network. Besides to all his roles and responsibilities as news presenter and a news reader at CBC Radio One’s Here & Now, Fisher was a full-time employee to TVO’s political Program Fourth Reading that takes place every week and also he served as a political analyst in CBC Radio.

Fisher keeps his audience up-to-date, bringing all the latest happenings and events at his show time. He plays a dual role, while appearing for the radio and as well as for his television listeners too. He is most popularly noted as a political specialist, since he worked as an analyst for CBC Radio in Windsor.

Besides his career and other official work, Fisher enjoys travelling to all the parts of the world along with his partner Pat. He loves to spend all his free time with his wife Pat and he also recreates himself by cooking and spends time in reading political biographies. During the period 1980’s Fisher was employed at CBC Television while he later became a part of Global Television Network. Here at Global Television Network, Robert anchored the weekend news called Focus Ontario on CIII during 80’s and 90’s. Besides this, we also worked as the Network’s Queen’s Park Bureau Chief. During the year 2000, Fisher was laid-off after berating what he comprehended as the network’s shift against infotainment report.

FAQ: How old is Robert Fisher?

FAQ: What is Robert Fisher networth in 2020?