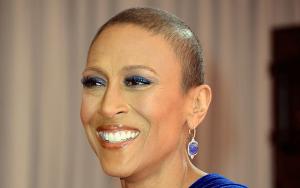 Robin Roberts is known as an American television anchor. She is most famous for her work at ESPN and ABC's Good Morning America.

Robin Roberts' mother is Lucimarian and her father, Lawrence Edward is a retired Air Force colonel and member of the famous Tuskegee Airmen in World War II. The loving couple encouraged their children to focus on God, discipline, and determination. Robin and her family lived in the small town of Pass Christian, Mississippi when Robin was growing up.

Robin told the Ledger Enquirer how happy she was to have supportive parents, “It was such a blessing to be raised by these two wonderful people who were the first in their families to go to college. They just instilled in us this belief that anything is possible, and we have more in common than not. They just made me believe more than anything.”

Robin is in a lesbian relationship with her girlfriend, Amber Laign who works as a massage therapist. She used a Facebook post to disclose her sexual orientation and announce that she was a gay woman. Being a lesbian was something that her friends and family had already known for a long time. She thanked her family and longtime girlfriend, Amber, for all their support when she came out publicly. Both their families had already known of their love and approved of the relationship before it became public. The former First Lady, Michelle Obama supported Robin and Amber in a tweet. In May 2012, President Barrack Obama chose her for his interview to publicize his support for same-sex marriage.

Robin and Amber met through mutual friends on a blind date. When the relationship officially went public in 2013 after Robin’s announcement, her fans on social media praised Amber’s role in Robin getting healed from Breast Cancer and myelodysplastic syndrome, a deadly form of the bone-marrow disorder. Robin was eager to share the news to help other people with the condition, “As an African-American woman, I was told that I was least likely to get cancer, but if I did I was more likely to die from cancer. What do you do with a piece of information like that?”

In her book entitled, ‘Everybody’s Got Something’, she has dedicated a page for her partner Amber and also described the manner in which she suffered during the initial days of her medication and how Laign never left her side.

There were rumors circling around Robin for having an affair and planning a secret marriage with her alleged girlfriend, Storm Sahara, a film director in 2013. There were numerous misleading tweets by Sahara on her account which made her followers believe that she was indeed Robin’s wife. Robin has also been romantically linked with tennis player Martina Navratilova and also a basketball coach, Nell Fortner but those relationships were never confirmed.

FAQ: What is Robin Roberts networth in 2020?