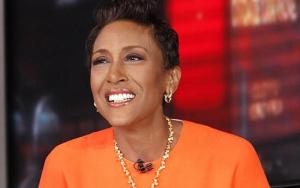 Who is Robin Roberts?

Robin Roberts is known as an American TV broadcaster. She is most famous for hosting Good Morning America on ABC and her sports reporting for ESPN.

Robin René Roberts was born on November 23, 1960, in Tuskegee, AL. She grew up in Pass Christian in the state of Mississippi. As a young woman, she was often found playing tennis and basketball but she showed interest in other sports too. She completed her college graduation with a communications degree in 1983.

Robin Roberts entered the television industry following her sister, Sally Ann’s footsteps. Her sister, Sally Ann was anchoring WWL, a CBS affiliate station in New Orleans. Due to her keen interest in basketball and tennis, Roberts started her broadcasting career as a sports anchor in the year 1983. She worked with WDAM-TV, Hattiesburg. She later shifted to WLOX-TV in Biloxi and then worked for WSMV-TV in Nashville, Tennessee.

Robin Roberts also did a two-year stint as a sports anchor for WAGA-TV in Atlanta, Georgia. She also worked as a radio host for the V-103 radio station in the state of Atlanta. Later, she got her first big break when she joined ESPN and worked as a sportscaster for fifteen years until 2005. After becoming a household name for her ESPN work, Robin joined the national network, ABC on the Good Morning America team as featured reporter in the year 1995. She worked simultaneously on both networks, primarily for the show Good Morning America. In 2005, she was promoted as co-anchor and in 2009 she was joined by George Stephanopoulos, who was brought in to substitute for Diane Sawyer, who quit the show to anchor ABC News.

Robin's coverage of Hurricane Katrina which caused huge destruction to her home town of Pass Christian was emotion ridden and well received by the audience. She has hosted the preshow of Academy Awards for ABC in 2009 and 2011. She even took her talents to the acting industry and starred in Hanna Montana season 4 on Disney Channel, where she interviews Miley Cyrus. Robin Roberts has received three Emmy Awards for her sportscasting work at ESPN.

Roberts had a brief break from her anchoring job when she underwent a bone marrow transplant for treating the Myelodysplastic Syndrome she was affected with. When she went back to anchoring the show Good Morning America, she said that being alive was the biggest achievement for her. She has battled with cancer twice, in the year 2007, when she was diagnosed with breast cancer, and later in 2012, when she was affected by Myelodysplastic Syndrome. She was honored with the Peabody award for her efforts at making the details of her treatment known to the public by telecasting her journey on Good Morning America.

Robin Roberts has an estimated net worth of over $35 million dollars.

Robin Roberts made headlines when rumors floated on about her alleged marriage with her girlfriend, Storm Sahara. Her romance with Storm Sahara has been talked about for multiple years.

FAQ: What is Robin Roberts networth in 2020?