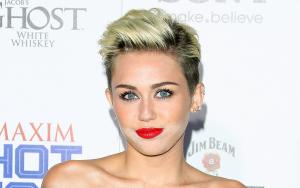 Born on November 23, 1992, to Billy Ray Cyrus and Leticia Cyrus in Franklin, Tennessee, Miley Cyrus spent most oh her childhood days on a farm situated in Franklin. She did her schooling from the Heritage Elementary School in Tennessee. She changed her name to Miley Ray Cyrus in the year 2008 to honour her late grandfather. Miley and her parents shifted to Toronto, Canada in the year 2001. She grew up with her two siblings a younger brother Braison and a younger sister Noah. She also has two half-brothers and a half-sister. Her parents have filed for divorce several times but always got together. Her interest in acting and singing ignited at a very young age only. She even took singing and acting classes at the Armstrong Acting Studio situated in Toronto.

Her acting career started when she got a role in a television series Doc in 2001 alongside his father, Billy Ray Cyrus. She also got a role in the movie Big Fish in 2003. The breakthrough in her career was when she started working for the show Hannah Montana where she portrayed the role of Miley Stewart when she was just 11 years old. This Disney Channel show was based on a teenager who led a double life of a normal schoolgirl and a pop star. This show helped Miley Cyrus gain a lot of popularity and fame. She became an overnight teen star with her show. Her family moved to Los Angeles, California so that Miley can easily work in Hannah Montana alongside her father. Her album of all the Hannah Montana soundtrack was released by Disney in the year 2006.

She then worked on releasing her second album Breakout in the year 2008 which became a major hit and was the top in the pop album charts. In 2009, Hannah Montana: The Movie was released, and her film garnered a lot of attention and appreciation. A year later she released a new album Can’t be Tamed, which was a Big hit. She has now worked in several movies which include Bolt in 2008, So Undercover in 2011, LOL in 2012, Miley: The Movement in 2013, The Night Before in 2015 and A Very Murray Christmas in 2015. She also starred in the movie The Last Song in 2010.

She published her biography Miles To Go in the year 2009, revealing several family stories, pictures and information. In 2013, her single Wrecking Ball was released, and it went on to top the pop charts. Her single made her garner a lot of appreciation and landed her with many awards and nominations. She was also ranked thirteen in the Forbes’ Celebrity 100 in the year 2010. She was also the part of the Time 100 list of the most influential people in the year 2008 as well as 2014. According to her bio, she was dating Nick Jonas in 2007. It was also rumoured that Justin Gaston was her boyfriend. She got engaged to her three-year boyfriend Liam Hemsworth in 2012 and were about to get married, but they broke up in 2013. According to her biography, her net worth is around $150, Million.

FAQ: How old is Miley Cyrus?