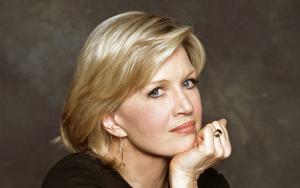 Diane Sawyer is a multi-award winning American TV journalist as well as an anchor and a TV presenter. She has worked in many different channels; including WLKY-TV, CBS, NBC and ABC News too. She is known to have hosted many hit and popular TV shows like ABC World News, Good Morning America, Primetime Live, 60 Minutes, 20/20 and many other shows. Having gained subsequent fame and success for her work and efforts, she has also become a topic of criticism and chat due to her rumors and affairs, in both private and professional life. A very well-known woman both inside and outside the USA, she has got a huge fan following on her social media sites, and is often searched for on the internet. With her biographies available in several websites, people also search for her quotes or interviews, some of which can be found on YouTube. Her estimated net worth value is 80 million US dollars, which tells a lot about her success and eminence.

Diane was born as the daughter of a working class parents in Glasgow, Kentucky, United States of America on the 22nd of December, 1945. Her father Erbon Powers "Tom" Sawyer was a Kentucky Judge, and her mother Jean W. Dunagan was an elementary school teacher. She was born as the couple’s second child and had a pretty smooth childhood. After her family moved to Louisville while she was still a kid, her father rose to new heights in his career and became a local politician for the Republicans. Before his death in a car accident, he was serving as his city’s Jefferson County Judge/Executive. With a mixed family ethnicity of Irish, English, Scottish and German, Diane is an American citizen by nationality and is a Christian by religion.

As a child, she attended the Seneca High School, located in Buechel, Louisville. With a very good knowledge in English literature, she worked as the editor of “Arrow”, her school’s magazine. She was also involved in other artistic projects, as well as did very good in her studies. Despite she had a lot of friends, she still admits of getting very lonely in her teenage days; which made her mind and thoughts very complicated and often, negative. In 1963, when she was in high school; she received a sort of confidence booster after winning the America's Junior Miss scholarship pageant, which included a touring around the USA. After graduating high school, she attended Wellesley College in Massachusetts, where she received a Bachelor of Arts, majoring in English in 1967. She also studied law at a law school within University of Louisville, and later changed her forte to journalism.

Regarding her personal life, it seems like she hasn’t had many affairs till date to talk about. Of course, we all know that she has been married but not many might know, that she recently got separated, in 2014. She was married to Mike Nichols; a film maker, producer, actor and comedian and the two of them were married back in 1988.  Following minor health issues, Mike died of a heart attack in his own apartment amongst his family.

FAQ: How old is Diane Sawyer?