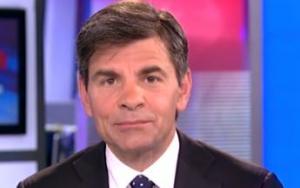 George Robert Stephanopoulos is known as an American journalist and political commentator. He is most famous for helping Bill Clinton win the 1992 Presidential Election.

As he got older, Stephanopoulos lived in Purchase, New York for some time before moving again to the eastern suburbs of Cleveland, Ohio where he attended Orange High School in Pepper Pike. During his high school years, Stephanopoulos competed in wrestling. He would go on to attend Columbia University in New York where he graduated with a bachelor's degree in political science. During his tenure at Columbia University, Stephanopoulos was elected to Phi Beta Kappa in his junior year. He also earned a Harry S. Truman Scholarship and was a sports broadcaster for the university's radio station WKCR-FM.

Stephanopoulos pursued a job in Washington, D.C. as an aide to Democratic Congressman Ed Feighan of Ohio before eventually leaving America to attend Balliol College at the University of Oxford in England. There he would study as a Rhodes Scholar and graduated in 1984 with a master's degree in Theology. Stephanopoulos once said he spent much of his time trying to find the roots of politics while attending Oxford which led him to deeper philosophies.

George Stephanopoulos' passion for politics ultimately led him to pursue a profession in politics and he would help Bill Clinton's 1992 presidential battle earning him the title of one of Clinton's most trusted counsel after the race. Once Clinton was elected, Stephanopoulos was appointed press secretary before moving on to Senior Advisor on Policy and Strategy. During Clinton's presidency, Stephanopoulos served as a senior advisor to the Clinton administration.

Stephanopoulos' time as press secretary under the Clinton administration was short-lived and he was immediately supplanted as press secretary after misspeaking during a few question and answer sessions. He was treated harshly by the media who condemned his work as a press secretary. Things went from bad to worse for Stephanopoulos after he received a phone call which examined the Resolution Trust Corporation's decision of legal counselors to head the Madison Guaranty examination, also known as the Whitewater scandal. After the embarrassment, Stephanopoulos surrendered to his opponent in 1996.

FAQ: How old is George Stephanopoulos?

FAQ: What is George Stephanopoulos networth in 2020?