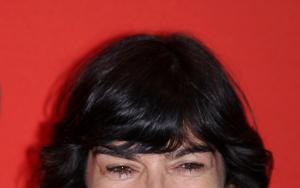 Christiane Amanpour is a journalist of British Iranian descent. She is currently working and based in New York. Her official job title is the chief international correspondent of CNN. CNN is a major new station in the United States, making Amanpour’s role very prestigious among the field of journalists. Amanpour also hosts her own show, the foreign affairs program, ‘Amanpour on CNN International’, which is a nightly half an hour show. There’s not too many huge accomplishments that a journalist can obtain like being the host of show that has your name in the title. Shows like Real Time with Bill Maher or Last Week with John Oliver are just examples of how having your own show can increase your visibility in the news market. Amanpour’s show isn’t a household name like the most popular shows but she diversifies her hosting to increase her output and news commentary.

Amanpour also anchors the global affairs show “This Week for ABC News”. Being on CNN would already be enough for most journalists but Amanpour also has ABC in her list of credits which further adds to her credibility as a news journalist. Christiane Amanpour practices religion but the interesting thing is she chose Christianity even though she grew up in an Islamic community. The contrast is surprising to most people especially because of the conflict between the two religious groups. To add on to her unusual religious background, she got married and took in a Jewish man to be her husband.

The name of the man Amanpour married is James Rubin. James was not an average person walking the streets or tied up all day in an office setting. He came from a similar cloth as Amanpour. He wasn’t a journalist like her but their fields do intertwine constantly because his career path is in politics. Rubin is the informal adviser for Hillary Rodham Clinton, the former Secretary of State and he was also the adviser for the former President of the United States, Barack Obama. Assisting two power houses like Clinton and Obama gave him useful political experience and might have given Amanpour some insight that he would only share with a spouse. Before he became an informal adviser, he proudly held the post of Assistant Secretary of State. Amanpour and Rubin gave birth to a son named Darius John. The whole family resides in New York City, a hot center for politics and media which matches the careers of the parents.

Amanpour comes from a strong academic background as she graduated summa cum Laude in Journalism from the University of Rhode Island. She didn’t just drop into journalism while working part time at an unrelated job. Her goal was always journalism and she took a carefully planned route with a methodical strategy to achieve her goals. While Amanpour was working on completing her journalism course at the University of Rhode Island, she shared a house with John F. Kennedy, Jr. and a few of his friends in Providence. There’s not much available publicly on the relationship Amanpour shared with the late John F Kennedy, Jr. but most assume that they were just college acquaintances. Usually journalists have to grind and establish their connections by networking and building mutually beneficial relationships. Amanpour would have been lucky to have someone in her family with an interesting profession.  Amanpour is related to General Nader Jahanbani, who was the commander of Imperial Iranian Air Force for two decades until he was executed in 1979. Unfortunately for Amanpour, the general’s untimely death prevented him from giving Amanpour useful insight that she could put to use in her news reporting. His death occurred four years before Amanpour would get her start in the field of journalism.

FAQ: How old is Christiane Amanpour?

FAQ: What is Christiane Amanpour networth in 2020?