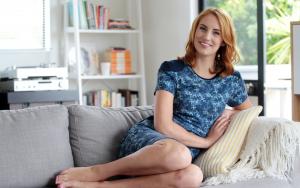 Samantha Hayes is an American journalist who studied at the University of Georgia. She completed her bachelor’s degree in broadcasting from the Grady College and graduated with honors.

Samantha Hayes started her career in broadcasting as a reporter at WRDW located in Augusta, Georgia. She later became the morning anchor there. After a brief stint at WRDW, she shifted to KSL-TV situated in Salt Lake City, where she did the role of news correspondent as well as anchor. She then joined CNN and started her career as a reporter over there. Currently, she is at Newsource providing live news stories to all the partner units of CNN.

Samantha Hayes has reported widely on many critical issues in the Western region of the United States. She has reported on major news stories that created a stir nationally like the Lori Hacking murder trial and the return of Elizabeth Smart. She has also reported on the Winter Olympics held in Torino Italy in the year 2006.