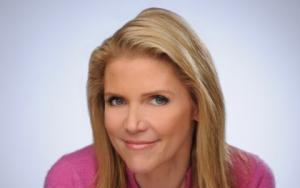 Hill is a Texas native born in July 27, 1962 at Dripping Springs as Edith Ann Tarbox. She studied at the University of Texas and received her bachelor’s degree in Journalism. She was a Delta Gamma Sorority member while she studied at the University. Hill married Marc Phillip Weill in 1989 and later divorced him in 1995. She afterwards married David Donahey. In the year 2002, she married Joe Hill who is a venture capitalist. They have two children, a daughter and a son.

Hill started her career in journalism in the year 1998 when she joined as anchor for Fox News Channel on the show ‘Fox and Friends’. She anchored the show till 2006. She also served as the co-host for the show ‘The Radio Factor’ from the year 2000 to 2005 with Bill O’Reilly. Earlier in the late 1980s, she was the VJ for VH1. She later shifted to the noon show and the afternoon show on Fox News Live till her show ‘America’s Pulse’ was taken off the air in the year 2008. She moved to ABC in 2008 as co-host of the day time show ‘The View’. She was also part of GBTV’s on-site reporting team for the Republican National Convention that took place in Tampa, Florida. She has been with CNN as anchor since the year 2011.

Hill has won many awards during her illustrious career spanning over two decades. She has received a local Emmy award while she was with WHDH-TV located in Boston for Outstanding News Special. She also received the Golden Quill Award. Hill has also authored two books namely “Going Places: How America’s Best and Brightest Got Started down the Road of Life” and “I’m Not Your Friend, I’m Your Parent”.

During her reporting career in the year 2008, Hill was involved in the controversy related to President Barack Obama who was the presidential candidate then. Her comment on the fist-bump between presidential candidate Barack Obama and Michelle, his wife, as a terrorist fist jab in the 2008 presidential election was widely criticized. Hill underwent double mastectomy as a preventative measure in the year 2010 due to her family history of breast cancer. Her mother and grandmother had suffered from breast cancer.