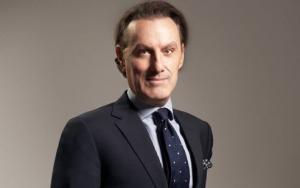 Steve Murphy is a popular Canadian journalist and television celebrity. He is most famous for presenting the weekday broadcasts at the CTV News Channel.

Steve Murphy was born on June 18, 1960, in Saint John, New Brunswick. He grew fond of journalism due to a history teacher that he had in the 7th grade and the Watergate incident that happened that year. In an interview with Tara Thorne, Murphy said, “I was interested in the announcing part of it, but I was interested in the newsy part of it too, mostly because when I was in grade seven the whole Watergate thing happened. And I had a history teacher who followed it every night on As it Happens and he came in the next day and told us all about it. So I got interested in the current affairs aspect of radio and started to listen to As it Happens.”

Steve Murphy has been married two times in his life. He has a daughter from his first marriage and a son from the second one. His daughter’s name is Nora and his son’s name is Brendan.

At the age of 16, Steve got a job at CFBC, a radio station known for its country music programming in his hometown. He worked five nights a week and his original plan was to use that money for school, though he never found the time to focus on his studies. In May 1980, he moved to CJCH AM at Halifax in order to become as he said “a junior management guy, which I really didn’t like”. When joining CJCH AM, Murphy switched from being a reporter to a newscaster and also hosted The Hotline which was a mid-morning call show.

After some time, Steve replaced Dave Wright who switched to television as a full-time employee at CTV Atlantic. He served as the anchor of Live At 5, “I was the guy who had the opinions on the radio in the morning and then I came on and did some opinions on TV at night. And I must tell you, when I go back now and look at those tapes, I have a very hard time getting past the arrogance of that guy. Really, because to be to so young and to think you knew so much—it was preposterous.” He also described the nature of the topics that were discussed back then, “They were all the same sort of cultural and political issues that we have now. There are always rights-driven issues. There were abortion debates raging when Morgentaler was coming into the Maritimes, we talked about capital punishment, we talked about government scandal, government corruption. these are recurrent themes in the history of civil society."

Being in the world of journalism, Murphy inevitably created controversy around his name due to an interview he did with Stéphane Dion. On October 9, 2008, Steve chose to air an unedited version of an interview he conducted with Dion. The Canadian Broadcast Standards Council (CBSC) later found that this CTV interview from Canadian Federal Election between the anchor and then Canadian Liberal leader Sétphane Dion breached ethical standards. Management at CTV Atlantic and CTV News had to provide a statement admitting that they violated the RTNDA Code of Ethics. Luckily for Steve, they claimed that he had nothing to do with the decision to air the interview uncut.

Steve is a proud associate member of the Canadian Broadcasters Quarter Century Club. Steve has embraced the shift from traditional media to digital media, boldly experimenting successfully, "The internet is not going to kill anything. The internet is the fertilizer on the ground from which all media is growing. And it’s just something new. The form’s going to change, but so what? The consumer should drive it. We’re here to serve the public, you know. So if you don’t like the way we’re doing it, we’ll have to find another way to do it.”

Steve has penned a couple of books including Live at 5: The Story of Its Success and Before The Camera: A Memoir. Steve pledged all his profits from his books to the IWK Health Center and the Christmas Daddies. He shows a keen interest and actively participates in community activities and functions as a chair for the Christmas Daddies. Christmas Daddies is a non-profit organization that hosts a telethon each year for raising funds for needy maritime children. This non-profit organization is administrated and controlled by The Salvation Army. Steve also anchors the Christian Daddies Telethon and IWK Telethon for Kids.