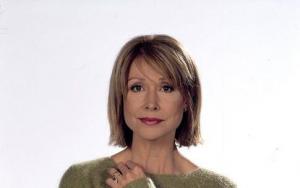 Sherry Miller is a popular Canadian actress and she is much significantly known for the Jane Oliver role in the Canadian drama E.N.G during the year 1990. Sherry was born in the year 1955 on 24th June.

She has appeared in many different roles including Jennifer Taylor at Showtime Television, Show Queer as Folk in the year 2000 – 2005 and Dorothy O Sullivan in The Best Years in the year 2007 – 2009. She started her career as a dancer and a singer and with her exuberant performances sherry scored the attention of the audience across Canada. Her commercial roles in the television channels gained the reputation and popularity among the public.

Spumante Bambino Wine was a popular commercial of Sherry and she was kept busy further with multiple roles and offers. During the year 1979, Miller gave her successful venture as an actress while she appeared in The Virgin Suicides by Sofia Coppola. Also she won the prestigious Gemini Award in the year 2001 for her splendid supporting performance as Elisha Cuthbert’s Mother in a Mini Series Lucky Girl.

Miller is most popularly known for her regular appearance as Justin’s Mom called Jennifer Taylor in the American interpretation Queer as Folk. Sherry played a significant role throughout this series that commenced from 2000 to 2005. On the other hand, Sherry performed as a weather reporter and anchor Jane Oliver in another TV series E.N.G. Further she played a sleep psychologist role named Dr. Lona Massingale in Miniseries Kingdom Hospital in the year 2004.

During the year 1986 to 1988, Sherry served as a host for the world famous channel Global Television. She was working as a newscast there at Global Television and her career was really successful with different roles and responsibilities. Right now, Sherry works as a realtor agent at Toronto.

Sherry started her career as a singer and dancer and she dint appear as an actress until she was 30 plus years of age. She enjoys reading and spends her free time in spending time with her family and as well reads her favorite books and magazines too. Sherry Miller enjoys her time with her family. Miller always enjoys dancing and singing and hence the reason she has outshined as a successful artist. Sherry was the Turtles Girl throughout the advertising campaign “I Love Turtles”. She is now living alone with her 3 children, since her marriage life was not successful. Sherry marriage life ended up in divorce while she was separated from her husband.

For her wonderful acting talents and performances as an actress and singer, Sherry has bagged many awards. Sherry was nominated for the prestigious Gemini Award four times and finally she won it once. In the year 1990 and 1992, Sherry was nominated to Gemini for being the best supporting actress for sharing the screens as Jane Oliver in E.N.G. She won the 2011 Gemini Award for her splendid performance in Lucky Girl which was a mini series.

FAQ: How old is Sherry Miller?

FAQ: What is Sherry Miller networth in 2020?