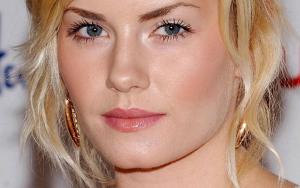 Elisha Cuthbert is a Canadian actress and model known for her portrayal of the character Kim Bauer in the television series 24. 24 is an American television series starring Kiefer Sutherland as Jack Bauer, a counter-terrorist agent, which was televised for eight seasons from 2001 to 2010.  Elisha Ann Cuthbert was born on November 30, 1982, in Ottawa, Canada. Elisha grew up in Quebec, graduating from Centennial Regional High School, before moving to Los Angeles in 2000. Elisha was a child model who made her first television appearance in the children’s horror show Are You Afraid of the Dark? Elisha Cuthbert was ranked number four on FHM’s 100 Sexiest Women in the World list in 2008. Her film credits include Love Actually (2003), House of Wax (2005), Guns (2008), The Six Wives of Henry Lefay (2009), and Just Before I Go (2014).

In addition to 24, Elisha has appeared on the television shows The Forgotten, Happy Endings, One Big Happy, and The Ranch. Elisha Cuthbert is married to Canadian hockey star Dion Phaneuf, who now plays for the Los Angeles Kings. The couple was married in July of 2013 and had their first child, a daughter, in 2017. The couple spends their summers on Prince Edward Island, Phaneuf’s parent’s home province.

FAQ: How old is Elisha Cuthbert?