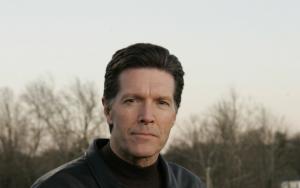 Stone Philips is known as an American TV reporter and news correspondent. He is most famous for his work on NBC and hosting programs like Dateline NBC, Meet the Press, and World News Tonight.

Stone Philips was born on December 2, 1954, in the state of Texas. His father, Victor Philips, was a chemical engineer at Monsanto and a veteran of World War II. His mother, Grace Philips was a school teacher. Stone and his two siblings were raised in the Claymont section of Ballwin, Missouri. His brother and sister's names are Victor III and Minta. Stone used to perform ceremonial duties at St. Martin's Episcopal Church.

His relationship with his parents is well explained in the book, ‘Moving with Grace’. His parents moved to their retirement home and his support during this process, constitute the whole book. In the book, his mother is described as a very positive person. If she starts a process, she would give her complete self to the process. His father is the most forward-thinking person in his family.

Stone went to Parkway West High School. Throughout his high school years, the future American television reporter was an honor student and the starting quarterback on his football team. After his high school graduation, he continued his education and decided to enroll at Yale University, where he excelled in both academics and athletics. In 1976 he was the starting quarterback for the Bulldogs and the key reason that the team won that year’s Ivy League Football Championship. He graduated with honors from Yale University in 1977 with a Bachelor of Arts degree in philosophy. As a college student, he won Yale's F. Gordon Brown Award for outstanding academic and athletic leadership. In an interview about his college life, he said that he spent a lot of time studying and that he had the same girlfriend he had in high school.

After his college graduation and before debuting his career as a reporter, Stone Phillips moved to Atlanta to work as a remedial reading and math teacher. Things did not go his way at first, so he decided to supplement his income by moonlighting as a waiter. That was when he landed a news position at Atlanta's local NBC affiliate, WXIA-TV. Two years later, he was hired by ABC News. In 1982, he began serving as an on-air correspondent. That was when he covered some breaking stories for which he is still remembered to this day, such as the Vietnamese Exodus, the Lebanese War, and Rajiv Gandhi’s campaign for Prime Minister of India. A promotion soon came down and Stone became an official permanent member of the ABC family.

Stone worked with ABC until 1992 when he ended his relationship with the network to serve as co-anchor with Jane Pauley on Dateline NBC. While working for NBC, Stone interviewed Bernhard Goetz, who shot four teenagers in a New York City Subway train and earned Phillips an Emmy Award for “Outstanding Interview.” In 2007, NBC decided not to renew his $7 million contract, leaving Stone without a job. Since then, the reporter has produced some documentaries for PBS but he has mostly concentrated all his efforts around his website, a bare-bones website he runs himself, Stone Phillips Reports.

Stone Philips resides in New York City with his wife, Debra, and his son. His wife, Debra is affected by multiple sclerosis. They also had a daughter, who died within a month being born. His wife, Debra was born in Puerto Rico and settled in New York in the late 60s’. She said that she took parenting with the same energy that she took her career. When she was not able to handle both, she left her career in fashion, for her son. She changed her path to clinical psychology and started to work in a psychiatric clinic. She did a lot of fundraising work for the Mental Health association for charitable programs. To increase the funds collected, she opened a home décor shop, which got shifted to a greeting card shop.

There were rumors about Stone having an affair with Tanya Tucker. In one interview, she even mentioned that Stone is a Tanya Tucker fan and she enjoyed spending time with him.

FAQ: How old is Stone Phillips?

FAQ: What is Stone Phillips networth in 2020?

Quick Facts
Help us Edit this article and get a chance to win a $50 Amazon Gift card.
Last Modified: Aug 11 2020
You may also like
articles you may like