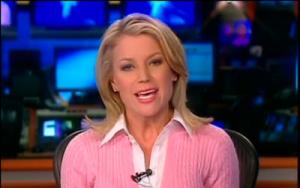 Susan Hendricks, born in 1973, grew up in New Brunswick area of New Jersey. She studied at the Arizona State University. She did her bachelor’s degree in mass communications there. She was drawn to television journalism after she heard a speech by Walter Cronkite at Arizona State University. She is married to former HLN sports reporter Joe Carter.  She has two children. At present, they reside in Atlanta, Georgia.

Hendricks began her career in journalism when she joined Comcast Cable located in Orange County. She then shifted to KESQ situated in Palm Springs and worked as field reporter. She then moved on to KMIR which is an NBC affiliate. She was in charge of anchoring the morning show, which was aired for two hours. She then shifted to HLN as weekend newscast anchor. Later in the year 2010, she was given the four hour live newscast show News Now at HLN. She also worked at the interactive news site at CNN.com. She also did a short stint at DIRECTV as part of an interactive news telecast.

Hendricks had covered numerous breaking news stories in the California region including the much talked about disappearance and subsequent murder of Samantha Runion. She also reported from the courtroom at The Marine Corps and the Air Ground Combat Centre located in Twenty nine Palms during the Marines Trial, which dealt with the refusal of the marine soldiers to take anthrax vaccine. During her stint at NBC, she covered the Santana school shooting incident.

Her other notable assignments include the coverage of Atlanta floods, the capture of Iraq leader Saddam Hussein, the devastation caused by Hurricane Katrina, and the death of former US president Ronald Reagan. She also covered the inauguration of the Ron Clark Academy by President Barack Obama live for both CNN and HLN. She also reported live a special newscast regarding the case of missing teen Natalee Holloway.

Susan Hendricks delivers news with excellent emphasis and empathy. She recently reported on the effects left behind by Super storm Sandy in the New Jersey coastline along with Bob Van Dillen, the meteorologist at HLN. She occasionally fills in for Robin Meade on the news show ‘Morning Express’.

FAQ: How old is Susan Hendricks?