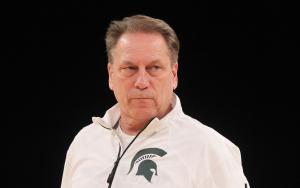 Thomas “Tom” Michael Izzo was born on January 30, 1955 in Iron Mountain, Michigan. He grew up in Iron Mountain and became best friends with Steve Mariucci, who is a former NFL coach. He did his schooling in “Iron Mountain High”, and he represented his school, together with his friend Steve, in multiple sports like basketball, football and athletics. After finishing the high school, he joined in 1973 the “Northern Michigan State University” located in Marquette. He represented his college basketball team from 1973 till 1977, playing as a guard, and setting a record for minutes played during his senior year.

He started his coaching career as the head basketball coach at “Ishpeming High School”. After this experience, lasted one year, he moved back to his college “Northern Michigan University”, where he worked as an assistant coach for 4 years, starting from 1979 till 1983. In 1983, he also started working as a part-time assistant coach at “Michigan State University”. He continued to work as a coach and assistant coach in different colleges during the 1980’s. In 1990, he was appointed as an associate to head Coach, Jud Heathcote in MSU. He became a head coach for MSU in 1995, following the retirement of Jud Heathcote.

Izzo’s first two championship seasons as the head coach of MSU were average. The team finished 6th in 1996 season, and 7th in 1997 season. After two average seasons, MSU bounced back to win the Big Ten championships in 1998 with a record of 13 victories and 3 defeats. More victories came for Izzo when MSU won the Championship title at Big Ten basketball championships tournament in 1999. MSU won the NCAA championships for the second time in 2000 under Izzo. 82% of players coached by Izzo have graduated from MSU with a degree, which is a unique record. He surpassed his mentor Jud Heathcote for most number of victories in the history of college basketball in 2009. Under Izzo, MSU won four championship titles in Big Ten Tournaments and seven titles in Big Ten Championships.

He is associated with MSU for having been for 21 straight years their coach, while he still continues coaching them. He has coached MSU to more than 500 wins. He was approached by many other basketball teams like Cleveland Cavaliers, Chicago Bulls and Atlanta Hawks, but he refused the offers and stayed with Michigan State. In 2013, he was given 5th place by USA Today newspaper in the list of the angriest coach in college basketball. He still feels that it was an honor to part of angriest coaches list.

Izzo has been the head coach of the USA Basketball men's team that reached the4th place at the 2003 Pan American Games. Prior to that, he had been assistant coach of the team that had a 5–0 record and won the gold medal at the 2001 “Goodwill Games”. Izzo also served on the Collegiate Committee of USA Basketball's 2005–2008 Quadrennium Committees.

FAQ: How old is Tom Izzo?