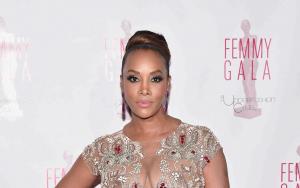 Vivica Anjanetta Fox was born on 30th July 1964 in South Bend, Indiana USA. Quite tall for a lady, she stands at 5’7” tall. She is one of the African American women who have managed to break through the show business and become very successful. She has been active on the screen from 1988 until now, and she is still going strong. Apart from acting she is also a TV show host and a producer. She also goes by the nickname Angie.

Born in Indiana, Vivica A Fox was born to William Fox and Everlyena. Her father was an administrator in a private school while her mother was a pharmaceutical technician. She attended Arlington High School and later went to college in Golden West College where she graduated a degree in social sciences.

Her marriage life is another story. Vivica A Fox was married for only four years. In 1998, she married Christopher Harvest who is a singer going by the name ‘Sixx-Nine’. They then divorced in 2002. The following year, she hooked up with the sensational rapper 50 Cent but it lasted only for a year.

She also lives with two cats that she loves so much. Snookie and Tiger.

Vivica A Fox started it all in 1988when she moved to California. After attending Golden West College she first appeared in the TV series Days of our lives which aired in Daytime NBC. Within two years, she had played quite a number of roles in sitcoms and soap operas. Some of the shows that she featured included; Born on the 4th of July, Living Dolls, Who’s the Boss?, and Generations.

She also did some guest appearing roles in famous TV shows like; Beverly Hills, Fresh Prince of Bel-air, Family matters, Martin, Matlock, 90210, Out all night, and The young and the restless.

At the turn of the century, she started appearing in movies and got some lead roles in best-selling block busters like; Independence Day, Booty Call, Columbia pictures, Batman and Robin, Soul food, why do fools fall in love, and City of Angels. Some of the films that really gave her a name include; Kingdom come, two can play that game, and little secrets.

Vivica A Fox has appeared in hundreds of movies in her acting careers that has her nominated and actually win some very prestigious awards. She has won the best kiss award from MTV, Best supporting actress for Saturn awards, outstanding actress for NAACP awards and many more awards. Lately she took a role as Cookies sister in the epic series ‘Empire’ which was a hit in 2015. In her latest stunt, she has taken a role in the revamped ‘Independence Day: Resurgence’.

People magazine has also named her as one of the top 50 most beautiful people in the world in spite of her wigs. Black men magazine fans have also voted her on the top ten of the sexiest women in 2001.

Vivica A Fox has had quite a huge success in her career that her net worth today is 6 million USD.

FAQ: How old is Vivica A Fox?