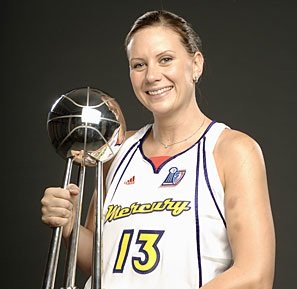 Penelope Jane Taylor is a former professional basketball player and assistant coach from Australia. Taylor spent most of her 19-year career with the Phoenix Mercury of the WNBA, winning three titles. She also played in China, Italy, Turkey, and Russia and won the WNBL with her first club, the Australian Institute of Sport. Taylor earned two Olympic medals as a member of the Australian women's national team and led the Australian Opals to a gold medal at the World Championships, winning tournament MVP ahead of colleague Lauren Jackson. ... Read more