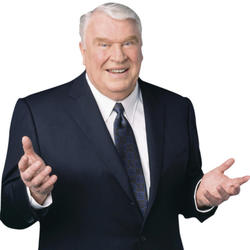 John Earl Madden is a former football coach and sportscaster from the United States. He was the head coach of the Oakland Raiders when they won the Super Bowl, and after resigning from coaching, he became a well-known color commentator for NFL broadcasts. He was inducted into the Pro Football Hall of Fame in 2006 for his coaching achievements. ... Read more