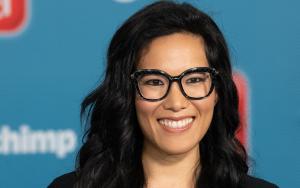 Ali Wong is an American actress and comdiean who recently starred, along with Randall Park, in the 2019 Netflix Film , Always Be My Maybe; which she co-wrote with Park and Michael Golamco. Wong was born in San Francisco and graduated from UCLA where she majored in Asian American Studies. It was during her time in college, while performing at the university’s LCC Theater, that Wong discovered her love for performing. After graduation, Wong moved to New York and began doing stand up comedy; sometimes doing as many as nine shows per night. In 2011, Wong was named by Variety Magazine as one of 10 Comics to Watch and soon thereafter began doing television appearances on shows such as American Housewife, Are You There Chelsea?, Inside Amy Schumer, and Black Box. Wong also started writing comedy for television and has been a contributing writer for the series Fresh Off the Boat since 2014. Wong has done two Netflix stand-up specials; Baby Cobra, which was released in 2015, and Hard Knock Wife, which premiered in 2018. Ali Wong met her future husband, Justin Hakuta, at a wedding of mutual friends in 2010. The couple was married in 2014 and currently lives in Los Angeles, California. They have two daughters.

FAQ: How old is Ali Wong?