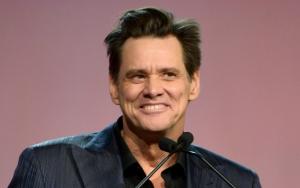 Jim Carrey was born as James Eugene Carrey on January 17, 1962, to his parents Kathleen and Percy Carrey in Newmarket, Ontario, Canada. His mother stayed home and raised him and his three older siblings John, Patricia, and Rita. By the age of ten, Carrey had already begun his impressions and wrote a letter to Carol Burnett asking to be featured on her show. Carrey went on to attend Blessed Trinity Catholic Elementary School and Aldershot High School. He went on to struggle to make a career for himself but he eventually established himself as a young comedian. His father drove him to debut his comedy act at Yuk Yuk's comedy club in Toronto. Carrey landed his first film role in the comedy film "Ace Ventura: Pet Detective" in 1994. The same year he also landed starring roles in "The Mask" and "Dumb and Dumber". Carrey soon found himself launched into a meteoric rise to fame and continued to appear in hit films through the 1990s. He achieved critical acclaim for his role in "The Truman Show" in 1998 and continued to appear in successful films through the 2000s. Carrey has married two times with the first marriage being to a Comedy Store waitress Melissa Womer on March 28, 1987. The pair had a daughter the same year named Jane Erin Carrey but eventually divorced in 1995. A year after his divorce, Carrey married for the second time to fellow actress Lauren Holly but they divorced less than a year later.

Help us Edit this article and get a chance to win a $50 Amazon Gift card.
Last Modified : Aug 6 2019
You may also like
articles you may like