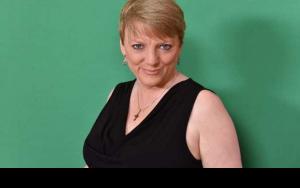 Alison Arngrim is a Canadian-American actress and author who was born on January 18, 1962, in New York City, New York. She was born to Hollywood manager Thor Arngrim and Norma MacMillan of Vancouver, British Columbia. Arngrim's mother was a prominent voice actress who voiced characters such as Casper on "Casper the Friendly Ghost", Davey on "Davey and Goliath", and Gumby on the show "Gumby". Arngrim took after her mother and began her acting career as a child actress and model for television commercials. Her brother was also a child actor named Stefan but Arngrim claims he molested her from ages six to nine. She rose to fame as a child star in 1974 when she landed the role of Nellie Oleson on the NBC television series Little House on the Prairie. Arngrim originally auditioned for the part of Laura Ingalls and then Mary Ingalls, but she was cast as Nellie Oleson instead.

She rose to fame for her seven seasons of playing Nellie Oleson and her performance became a cultural archetype for the spoiled "bad girl" in the 1970s. In 2010, Argrim wrote a book called "Confessions of a Prairie Bitch: How I Survived Nellie Oleson and Learned to Love Being Hated". She was married twice, first to writer Donald Spencer in the late 1980s and then again to musician Robert Paul Schoonover.

FAQ: How old is Alison Arngrim?

FAQ: What is Alison Arngrim networth in 2020?