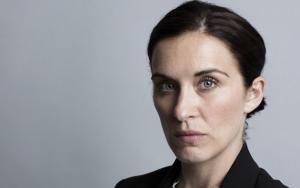 Vicky McClure is an English actress who was born on May 8, 1983, in Wollaton, Nottingham, in the United Kingdom. She grew up in Wollaton with her father, mother, and younger sister. McClure attended Fernwood Comprehensive School and from the age of three was interested in dance. When she was eleven-years-old, McClure auditioned for the Central Junior Television Workshop. While at the workshop, she was coached and mentored by Samantha Morton. She went on to audition for the Italia Conti Academy when she was 16, but her family couldn't afford the tuition fees. While she was still a member of the Workshop, she auditioned for an independent film and was given a role in the Shane Meadows film "A Room for Romeo Brass". After that, McClure could find no roles for four years and went to work part-time at an office in Nottingham so she could still audition for parts.

She performed in soaps and daytime TV until she landed a role in the film "This is England" and then in the mini-series that followed. Some of her most recent roles include Winnie Verloc in "The Secret Agent" in 2016 and starring in the BBC thriller "The Replacement" in 2017. McClure is in a relationship with director Jonny Owen and the couple announced their engagement on December 25, 2017.

FAQ: How old is Vicky McClure?

FAQ: What is Vicky McClure networth in 2020?