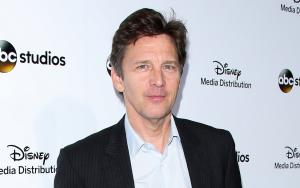 Andrew McCarthy is an American actor, director and travel writer. He was born on November 29, 1962 in Westfield, New Jersey. His mother was a writer at a newspaper, his father used to work in investment and stocks. As a teenager, he attended the Pingry School.

McCarthy is also a travel writer. He is an editor at National Geographic Traveler and has written for The New York Times, The Wall Street Journal and The Los Angeles Times.

His best-seller, 'The Longest Way Home' has been named by the Financial Times of London as one of the Best Books of the year.

In 2015, National Geographic published "A Song for Ireland", that was written about his return to the house of his great grandfather John that he used to live after immigration in 1800, the house was located in County Kerry in Ireland.

McCarthy started his fame in Hollywood in the eighties. His looks led him to the roles of kind men. His notable and most unforgettable role was in the movie 'Class' that went to theatres in 1983. He became a member of the 'Brat Pack', a Hollywood group of young actors that was formed back in the 80s. McCarthy starred in his famous acts in better-known films 'St. Elmo's fire' and 'Pretty in Pink' as well the hits 'Mannequin' and 'Less Than Zero'.

As for his television roles, he appeared in ‘Stephen King's Kingdom Hospital' as well as 5 episodes of 'E-Ring' on NBC. As a director, he directed some 'Gossip Girl' episodes. He also appeared in 'White Collar' on which he received various appraisals.

McCarthy married Carol Schneider in 1999, he knew her when they had dated in college, in fact, and they got married 20 years after they first dated. In 2002 Andrew's wife gave birth to a son, Sam. In 2005, the couple divorced. He later stated his reasons for getting back into communication with her after they had separated saying that he met someone who mentioned that he saw Carol with her boyfriend and that they seemed happy, he was bothered by what he heard which made him call her and ask her about what he heard.

Andrew married Dolores Rice in 2011, they gave birth to their daughter, Willow. It was announced that the couple were expecting their second, and his third child in 2013.

He won "Best Actor" for his role in Mannequin at the Fanta festival in 1987, he also won the "Best Short Film" award for News for the Church in Sedona International Film Festival in 2005. He is a six time Lowell Thomas award winner. McCarthy's version of the play Side Man on Broadway won a Tony Award for Best Play in 1999.

· He wasn't a smoker but he started to smoke during the filming of St. Elmo's Fire as his character used to smoke, he hasn't quit since.

· As soon as he finished filming Pretty in Pink, he was then assigned the role in Less Than Zero. As the last moment, the director of Pretty in Pink decided to change the end, but Andrew had shaved his head already getting ready for his next role. He had to put on a wig for the last scene of Pretty in Pink to solve this problem.

· He is a very good pool player.

· McCarthy was once escorted out of a church in Ethiopia because he entered without paperwork.

· He was announced to have a serious alcohol problem that began when he was 12, he entered rehab later and was declared sober.

· McCarthy's security staff assaulted someone who was attempting to photograph him at Comic con.

FAQ: How old is Andrew Mccarthy ?

FAQ: What is Andrew Mccarthy  networth in 2020?