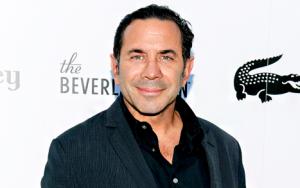 Paul Nassif was born in the year 1962, his birthday is date 6, June. He is a television personality and a plastic surgeon of American citizenship. He is a specialist in the facial plastic surgery mostly rhinoplasty. He is the member for American Society for Aesthetic Plastic Surgery. He had been on the media outlets where he discusses the cosmetic surgery. His work was featured at The Wall Street Journal, Associated Press, Los Angeles Time, USA Today, People, Good Morning America and Entertainment Tonight.

Nassif had been known to be the co-host at E! reality series called Botched together with Dr Terry Dubrow. This is the show themed on plastic surgery and it premiered in June 2014. It has aired three seasons. He was also on Dr 90210 at E!. He was also in first three seasons for The Real Housewives of Beverly Hill because his ex-wife called Adrienne Maloof was the main cast member. In the year 2015, the spin off series of eight episode of Botched under the name of Botched by Nature was recorded and Nassif and Dubrow were the stars.

From his biography, Paul Nassif attended the Loyola High School in Los Angeles and went to University of Southern California where he graduated in the year 1984. For the first two years, he was at University of health Science at Chicago medical school for its medical education. He attended University of Southern California School of medicine to finish with the remaining two years. She graduated in the year 1992 and he interned for the general surgery residency at the University of New Mexico Health science center and after that he became a resident at Otolaryngology-head and the neck surgery at University of New Mexico. Afterwards, he attended St Louis University School of Medicine where he did fellowship in the facial plastic and the reconstructive surgery.

Paul Nassif got married to Adrienne Maloof, who is a co-owner of many business holdings under the name of Maloof companies. They are parents to three children. They were living in Beverly Hills, in California but in 2012, Nassif filed for the separation from his wife in 2012 and they were divorced afterwards. Now Paul Nassif has moved on with a new girlfriend DeJong who works as account executive in the insurance and she lives in Newport Beach.

In 1996, she had filed for the Chapter 7 bankruptcy. After a nasty divorce, Maloof also moved on and she dated 33 years old Sean Stewart and now he is dating Jacob Busch, a Anheuser-Busch heir of 24 years old. When it is rumored that Maloof may be already engaged to Busch, it is not clear how Nassif is serious with Dejong. Paul Nassif has a net worth of 14 million dollars while the net worth of his ex wife is counted over 50 million. She is known as a television personality, businesswoman and a philanthropist.

FAQ: How old is Paul Nassif ?