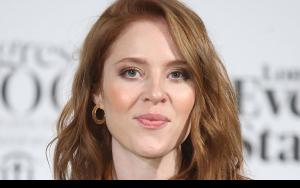 Angela Scanlon is known as an Irish television presenter and broadcaster for RTÉ and the BBC network. She is most famous for her multiple self produced documentaries and for her work as a reporter on The One Show.

Angela Marie Scanlon was born on December 29, 1983 in Ratoath, Republic of Ireland.

Angela’s developed her first major documentary called OI GINGER with hard work and patience. It finally aired on RTE in 2014 to critical praise and acclaim. The program trended worldwide on Twitter and it displayed Angela’s playful presenting style and her unique ability to dig deep into a topic. The amazing success of the program led to a sequel named Angela Scanlon: Full Frontal which was broadcasted in 2015. On the second program, she featured taboo subjects like extreme makeovers, fitness and nudity in the modern world.

She then created another program called Angela Scanlon’s Close Encounters. The program saw her explore many topics like going into the world of pro wrestling with world champion and fellow red haired star Sheamus. She also went to New York City to chat books and babies with Dawn O’Porter. She spoke with Katie Hopkins in a very honest and candid interview that the audience deeply appreciated.

FAQ: How old is Angela Scanlon?

FAQ: What is Angela Scanlon networth in 2020?