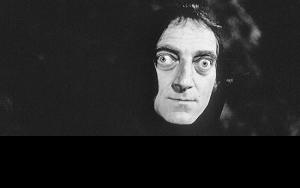 Marty Feldman was known as a British actor, comedy writer, and comedian. He is most famous for being the star in many British television comedy series, including At Last the 1948 Show and Marty. His prominent and crooked eyes were trademarks of his appearance.

Martin Alan "Marty" Feldman was born on July 8, 1934 in East End of London. Marty’s parents were of Ukrainian Jewish heritage and hailed from Kiev. Marty was the son of Cecilia and Myer Feldman. His father worked as a gown manufacturer. He spent most of his childhood in the tough poor streets of London East End.

Marty dropped out of school at the age of 15 because he felt it didn’t suit him. He instead wanted to pursue a career as a jazz trumpeter but he was hit with a reality check when a talent show called him the worst trumpet player in the world.

Marty passed away on December 2, 1982 in Mexico City, Mexico.

The beloved comedian poked fun at himself and others because he felt that you had to be able to take insults if you were also going to dish it out.  Marty started his comedy career as a writer for BBC radio programs and TV shows during the late 1950s.

FAQ: How old is Marty Feldman?

FAQ: What is Marty Feldman networth in 2020?