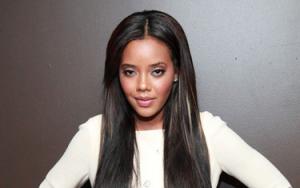 Angela Simmons, the reality star, is the daughter of rap mogul Joseph Simmons (popularly known as Rev Run) and has five siblings. She started her acting career in the TV show Run’s House, in 2005. The popular celebrity socialite has also been on MTV Video Music Awards 2008 (2008) and MTV Video Music Awards 2009 (2009). She appeared in the spin off MTV Reality Show Daddy’s Girls. She is a shoe designer, has her own line of clothing and is a magazine editor.

Angela Simmons has a long dating history. She has been in seven celebrity relationships but never married. Her many boyfriends include the American rapper, actor and television host, Shad Gregory Moss, popularly known by his stage name, Bow Wow. Their often gossiped love-life started in 2006. Simmons has had an on and off relationships with him but left no room for a divorce, since she never married him. During her break-ups with Bow Wow, she dated other men. Interestingly, it is Bow Wow who has professed his love for Angela and wants her back but he did not get to be her husband. Their on-again-off-again relationship seems to be finally off and since then, she has been romantically linked to different people. She dated producer Skillz in 2002, but broke up, a year later. Her next romance was with the singer Lloyd, which lasted over 2 years. They broke up in May 2006. Here is when Shad Moss entered her life. They had a long relationship for over 4 years and then, it ended. He cheated on her and got another girl pregnant. This saw the end of their relationship. However, their relationship did not end forever. Often they got back together. She is a very special person to him and he loves her independence and the way she carries herself. Famous celebrities live in a bubble and when they cross paths with their exes, they are bound to get back in a working relationship which in most cases reunites them romantically. The embers of their dead love get rekindled and soon they are back together again.

The cool laid back gal enjoys doing things on her own. In September 2013, the voluptuous beauty celebrated her 26th birthday on Miami Beach. She posted pictures of herself in a two-piece, a garish leopard print floral bandeau and a black bikini bottom. Simmons is now single. Rumors have done the rounds that Bow Wow and Simmons are back together again. Will it eventually be Bow Wow, her current boyfriend, who will walk down the aisle with her! Only time will tell. They do make a great couple; after all they are a hot and heavy couple.

FAQ: What is Angela Simmons networth in 2020?