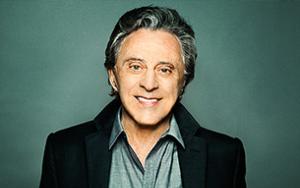 Frankie Valli is known as an American singer and actor. He is most famous for hits like "Walk Like a Man", "Rag Doll", and "Can't Take My Eyes Off of You.

Francesco Stephen Castellucio was born to an Italian family in the First Ward of Newark, New Jersey. As the oldest of three sons, Frankie took up singing at the young age of seven, after his mother took him to see the young Frank Sinatra at the Paramount Theater in New York City, "I saw Sinatra coming out on stage. The way he was lit up, it was like he had an aura around him. I decided then and there that's what I was going to do, be a successful singer."

He had an infamous affair with April Kirkwood in the 1960s. The relationship blossomed for 20 years until she moved on with her life. April Kirkwood has even written a book about her relationship with Frankie and how it all started when she was just a young fan of the music star. In the book, she accused him of using her continuously, destroying her innocence, and completely ignoring the emotional part of their relationship. He had first seen the little girl when she was seven, and when she came to see his concert years later as a teenager, he took her to a hotel where he slept with her for the first time. April's mother was aware of the relationship but chose to allow it because of Frankie's fame.

In 1980, Frankie's stepdaughter, Celia, suffered an accidental fall from a fire escape that resulted in her death. Only six months later, Frankie's youngest daughter, Francine, tragically died of a drug overdose.

FAQ: How old is Frankie Valli?

FAQ: What is Frankie Valli networth in 2020?