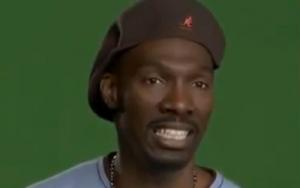 Charles Quinton Murphy, famously known as Charlie Murphy is a notable American comedy actor who has had famous on-screen works to show, with his younger brother Eddie. He lost his previous wife Tisha Taylor Murphy in 2009, who died of cancer after long years of struggle, ending their marriage of 12 years. He hasn’t been linked or rumored to have been seeing anybody else, since then.

Charlie is most noted for his works of slap stick comedy and also for lending his voice as a voice-artist for various anime and games such as Rockstar games’ GTA San Andreas where he lent his voice for a pimp named Jizzy-B. He has also been a regular on various sitcoms, some even being named upon him. His personal life was never marred with scandals or affairs and he has managed to live off his reputation of being a clean guy till date except for his relationship, before being hooked-up with Tisha and also has a child from that affair but these are mere rumors and nothing has really been spoken about that part of his life.

Tisha and Charlie were reported dating, somewhere around 1991-1992 when Charlie’s career was just starting to take a turn for the better. His younger brother Eddie Murphy, also a comedian actor and his quick success on the big stage and silver screen is often stated the reason for his lesser-successful elder brother taking up the profession seriously, before becoming a permanent star himself. Tisha was never really linked with, anybody else before or after their union and had a happy lawfully wedded life for several years till the seed of the deadly disease seeped in.

Losing one’s spouse after being in a committed and loving relationship for 12 years and an unofficial relationship for 5 years before that making it 17 years of relation is heart-breaking and the 55 year old comedian confessed to have been broken and devastated after her wife’s death. Friends and even his kids recommended him to find another woman for himself but he clearly didn’t look comfortable with the idea brushing aside any such thing at least for the recent while.

They had 2 kids from their union, one son and a daughter excluding his oldest son, from a previous unstated relationship. In several interviews after the death of his partner in 2009, he seemed to be holding himself with a lot of pain within and being a comedian didn’t really help the cause since his job is to make people laugh. In his subsequent shows, he was often booed by people for not being funny without understand the reason behind the same. With 3 kids and not having a stable career that pays well enough after working for so long is definitely a reason for being depressed.

Charlie has often been criticized for copying his younger brother Eddie Murphy who has more fame and popularity but as they have often stated, there hasn’t had been any personal problems with the two because of such things and Charlie’s kids visit their uncle, every time they need anything expensive.

Charlie is still said to have not recovered from the trauma of losing his partner, 5 years after her death.

FAQ: How old is Charlie Murphy?

FAQ: What is Charlie Murphy networth in 2020?