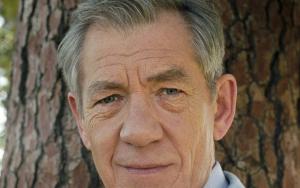 Ian Murray McKellen is a 75 year old English actor hailing from Burnley from the county of Lancashire in England. He has publicly announced about him not having any religion and is an atheist, while also coming out about his orientation stating clearly that he is a gay and has supposedly been in two same-gender relationships in his life.

Ian McKellen is most famous for his roles in the X-Men series as the comic super villain Magneto who is a paralyzed man on a wheelchair but can attract and use metallic objects with his mind. In real life, he has been extremely vocal about his support for the gay community and even went against some of the stated rules of his constitution during the late 1990s. He came out of the closet in his early adulthood and was even accepted gladly by his step-mother whom he stated as being years ahead of her time in terms of clarity and depth of thought.

His first serious relationship is reported to have started back in 1964, a time when the world was still to take notice of people with a different orientation, leave aside giving them equal place in the society as others who are straight. His boyfriend, Brian Taylor was a history teacher from Bolton and they even lived together in London, much to the surprise of many who didn’t know about his orientation since he hadn’t made it public yet though most of his theatre colleagues knew about it long back when he used to work with them before making himself permanent on the silver screen.

At the same time, as being in a relationship, he was rumored to be having an affair with certain girls but those were possibly started by people who didn’t know him closely and thought of getting his name being dragged into a controversy or scandal. While there wasn’t any chance of official marriage since same-gender relationships weren’t taken into consideration during those days. The relationship is supposed to have ended in 1972, making it an eight-year old relation.

His second known relationship was with theatre and struggling actor Sean Mathias who reportedly revealed quite a bit of their relationship soon after its end. They were said to have met at the Edinburgh festival in 1978 and clicked almost immediately before living together, the same year. The relation somehow survived tumultuous times and Sean termed it as being tempestuous and mostly had conflicts relating to Ian’s success and Sean’s relatively unsuccessful acting career. They ended the relation, 10 years after its start in 1988 thus ending Ian’s last known relation. Both partners though united for a play at the Theatre Royal Haymarket, titled Waiting for Godot. Soon after, they united again on a business perspective by co-purchasing the lease on The Grapes public house in Narrow Street.

Despite being known to everybody as straight, except for his theatre colleagues and family friends who knew it since the start, he came out in public in 1988, the same year his last relation ended. He played a significant role in the broadening of mindsets towards gay people. Since he never got married, he never had a divorce.

FAQ: How old is Ian Mckellen?