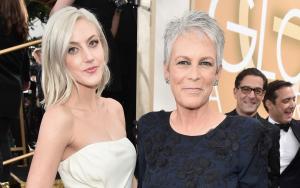 Annie Guest is a versatile American dance instructor most known for being the adoptive daughter of Jamie Lee Curtis, a well-known actress. She has been in the spotlight since the famous actress adopted her when she was a child. Annie began dancing at an early age and competed in various international competitions before earning a BFA in Dance and becoming a dance instructor. She also began teaching at several reputable institutions and began working with MRN Dance Factory in Los Angeles. She is also currently a team director with MRN DF, where she works with dancers of various abilities.

Annie Guest was born in Los Angeles, California, on December 13, 1986. Her parents adopted her in an open adoption in 1986. Janet Leigh and Tony Curtis, her grandparents, were delighted to welcome her into the family. Thomas Guest, Annie's younger sibling, was also an adopted child. Annie is devoted to her mother and spends a lot of time with her family. Dancing, playing with her dogs, and watching vintage movies are some of her favorite pastimes.

Because of her renowned parents, Annie Guest was always in the spotlight. Her mother, the legendary actress Jamie Lee Curtis, made it a point to accompany Annie to numerous ceremonies and film appearances, and she frequently expressed her love for her daughter. She's even been a featured guest at a few Golden Globe Awards presentations. Annie, on the other hand, has a quiet life and enjoys pursuing her passion for dancing. Annie was fascinated with dancing at the age of three and went on to pursue it professionally. She had competed in several national and international competitions by the time she was eight years old, and she finally joined the MRN Dance Factory studio in Los Angeles. Annie opted to pursue a full-time career in dance after graduating from high school and earned a bachelor's degree in dance from Kenyon College.

Annie has worn many hats since receiving her BFA in dance: choreographer, teacher, manager, director, and performer. She's worked as a dance instructor at elite schools like Archer School for Girls, Windward School, and Paul Revere Middle School. She has received numerous honors and has been continually lauded for her choreography due to her versatility in style and performance. Annie was also the co-director of an MNR DF dance team that won an award. She is currently the team director for MNR DF and teaches several dance forms. She is one of a kind in that she can teach dancing to people with ASD and other developmental disabilities. Annie lives a very private life and does not use any social media platforms. Her mother's Instagram posts about her daughter are frequently the only times the media notice her. Her most recent public appearance was at the 2016 Golden Globes Award ceremony, where she accompanied her mother as a guest.

Annie Guest is a married woman with two children. On July 28, 2019, she married her attractive husband Jason Wolf in their 1920s refurbished Spanish Colonial family home in California, in front of just family and close friends. She is also the mother of a girl. Annie lives a very private life and does not use any social media platforms. Her mother's Instagram posts about her daughter are frequently the only times the media notice her.