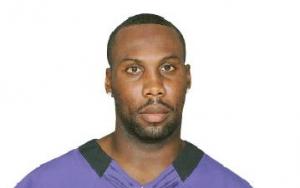 Anquan Kenmile Boldin is a 35 years old professional American football player born on the 3rd of October, 1980. His home town is Pahokee, located in the state of Florida in the United States of America. Interestingly enough, his Christian affection led him to conduct some Bible studies for his team in the locker room.

It’s safe to say that Anquan has always demonstrated great love for sports. During his high-school years he used to play football as well as basketball and also ran track. The school he attended was the Pahokee High School. Boldin led his team to impressive victories during his senior season and they got a 10-0 season record. Even though he showed great talent in football, Anquan also competed in a variety of athletic sports such as sprinting, jumping as well as in some throwing events in his high school.

His college career started when he attended the Florida State University. He switched positions and from a quarterback he started playing a wide receiver. The sole purpose of this maneuver was to get more playing time. He quickly adapted to this play style and he managed to catch 118 passes for about 1800 yards and scored 21 touchdowns in 23 games.

Boldin was drafted in the 2003 NFL Draft during the second round of the draft by the team of the Arizona Cardinals. He was the 54th overall pick and thus his professional NFL career started off. Being a rookie in his first season, Boldin set an impressive NFL record by managing to receive most yards in his first game – a total of 217. He also holds the record in the NFL for most perceptions throughout the first 26 games.

However, on the 5th of March, 2010, Anquan was traded to the Baltimore Ravens in the 2010 NFL Draft. Boldin signed a three-year contract worth $25 million with approximately $10 million guaranteed. Thanks to a game on the 26th of September in 2010 he managed to become the fastest player in the history of the NFL to reach 600 perceptions – he did it in only 98 games.

After his contract was through, Boldin was traded to the San Francisco 49ers during the 2013 NFL Draft. On the 3rd of March in 2014 Boldin announced that he had agreed to another deal for two years, worth $12 million. These impressive career stats which were the result of a lot of hard work definitely impacted his income and he is estimated to have a net worth of about $11 million.

Apart from his professional football career, Boldin is also known to be a great philanthropist. He’s all about giving back to the less fortunate and with this in mind he has started the Q81 Foundation back in 2004. The establishment is designated to provide educational opportunities to underprivileged children.

Boldin’s brother – DJ Boldin, is also a football player, currently being contracted by the team of the Toronto Argonauts. Anquan Boldin is also happily married. His wife – Dionne Boldin used to be his high school crush and they got married in the year of 2009.

FAQ: How old is Anquan Boldin?