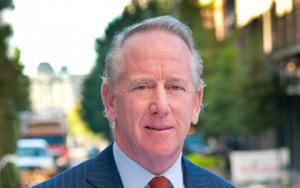 Elisha Archibald Manning III was famously known as Archie Manning was born on May 19, 1949, in Drew Mississippi. He was a popular American Football quarterback of NFL (National Football League). He was a former quarterback player for the NOS (New Orleans Saints). He played from 1971 to 1982 in NOS, and also, he played for the Minnesota Vikings and Huston Oilers. He was the first quarterback player who threw 436 yards, which was broadcasted in prime-time TV. He was with NOS for most of his NFL career.

Archie Manning grew up playing basketball, football, track, and baseball. His father has supported Manning’s sports activities, but his mother was always there for him during his games and high school sports.

He continued his college and joined the UM (University of Mississippi) in Oxford, and persisted his football career for three years as a quarterback at Ole Miss.  Though Archie Manning performed his best touchdowns, threw for 436yards, and also paced for 104yards the team lost the game, because the rest of team were considerably less talented than Manning.

Archie Manning was awarded as the Sportsman of the year in 1969, and also, he received the NBT (National Banner Trophy) and WCM (Walter Camp Memorial) Trophy at Southeastern Conference as a Most Valuable player. In 1969, he got 4th position in HT (Heisman Trophy) voting and 3rd position in 1970. Manning was introduced to the CF Hall of Fame in the year 1989. In 1971, in NFL Draft, Manning was selected and he played for NOS for ten complete seasons. He was actually of the best players among the team, but during his term in NOS, the Saints lost 9 seasons. Though Manning was fired 340 times during his football career, he was well appreciated by NFL team members.

In 1972, Manning led the NFL in completions and pass attempt and led the NFC in passing yards, however, the team’s record was just 2-11-1. He didn’t play the entire season in 1976 due to the operation on his right shoulder. In the year 1978, UPI has named him as the Player of the year as he led the NOS to 7-9 record. In the same year, he was chosen as an All-NFC by The sporting News and the UPI.

Archie Manning’s wife Olivia Williams is from Philadelphia, Mississippi. They both met at Ole Miss, she was a Delta Gamma member and also, in her senior year she was a Homecoming Queen. After Marriage, they moved to New Orleans and had three sons Cooper, Peyton, and Eli. They are very active in volunteer and charity work in the community.

Archie Manning salary and net worth

The famous and former professional football player Archie Manning has a 10 million dollars net worth. He earned the amount throughout his years as an NFL quarterback player for NOS.

FAQ: How old is Archie Manning?

FAQ: What is Archie Manning networth in 2020?