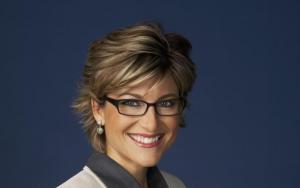 She felt there was a lack of appreciation but they wouldn't let her leave. She remembers that she begged to be let out of her contract for seventeen months but the NBC News president wouldn't allow it. She asked why they would keep her if she had no use for them. She felt that they kept her under contract so that she could not go to another station with her skills and make them a success. She stated that she would never forgive them for what they did, for keeping her in the warehouse until they decided to dispose her.

Voice of the Victims

In 2015 during a CNN broadcast, Ashleigh let a sexual assault victim's public statement speak for itself. She spent the first half an hour of her show reading the woman's words on air. The incident occurred at Stanford University at the hands of someone named Brock Turner who was 23 years old.

She didn't hold back when she read the statement, even including the graphic parts of the statement. The victim was going to party with her sister and she woke up covered in dry blood and bandages before realizing that she was unconscious the night before. Turner had sexually assaulted the victim behind a dumpster.

Ashleigh got praise and recognition for her courageous move to read the victim's words on air to educate the audience about sexual assault. Nearly 5 million people read the letter over the weekend, according to BuzzFeed. Ashleigh made a strong impact with her broadcast because she encouraged people to pay attention to the story.

Ashleigh married Howard Gould, a real estate financer, in 2004. He is the founder of Equator Environmental, a carbon credit trading company. They met while they were both walking their dogs in Central Park. Ashleigh had her two Westies with her, while Gould had his two pugs.

The wedding took place on a wooden yacht at the Royal Lake of the Woods Yacht Club in Canada. Their marriage ended in divorce, but they still produced two sons, Jay and Ridley.

In 2015, Ashleigh got engaged to her boyfriend of over two years, Chris Haynor. Chris popped the question in August while the pair were on vacation in Ontario, Canada, with Banfield's two young sons.

Ashleigh started her journalism career in 1988 when she was still living in Canada. She first joined as a reporter at CJBN in Ontario and later moved to CKY station and then to CFRN in Alberta. Banfield then shifted to CICT-TV and did freelancing as associate producer for the World News Tonight Show at ABC. She covered a lot of summits in Russia, Vancouver and the United States. She also worked for KDFW-TV and later joined MSNBC. She also moved on to truTV before joining ABC News.

While working for the Fox affiliate KDFW-TV, she received the Emmy Award for Best News Anchor to appreciate her reporting on the "Cadet Killers." She also received the Texas Associated Press Award for the "To Serve and Survive" series. She received Emmy Awards for her coverage of the September 11 terrorist attacks for NBC News. She has produced and created the prevalent prime time series Disorder in the Court for truTV. She won the National Headliner Award for her reporting on terror from 2001 to 2004, covering countries like Afghanistan, Pakistan, Iran, Iraq, and Israel.

She also won the IRIS awards for Best of Festival and Best News Documentary categories in 1994. She quit her popular early morning show, Early Start in CNN, and joined the 11 AM show to replace Kyra Phillips, who used to anchor the show.

FAQ: How old is Ashleigh Banfield?

FAQ: What is Ashleigh Banfield networth in 2020?