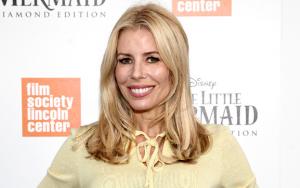 Aviva Drescher nee Teichner, was born and raised in Manhattan in 1970. At the age of 6, she had an accident at her friend’s dairy farm in New York. Her left foot was severely injured and a few months later her leg was amputated. Her parents George and Ingrid Teichner were always there to support her. A strong person, Aviva never let the tragedy define who she is. Aviva is well educated. She attended the elite Fieldston School, New York, earned a Bachelors of Arts degree from Vassar College, a Masters in French Literature from New York University and a Juris Doctorate from Benjamin Cardozo School of Law. She did not pursue a career in law, but instead opted to concentrate on raising her family. Aviva has an expensive prosthetic leg and handles her handicap gracefully.

Aviva has made a name for herself in Bravo’s hit series The Real Housewives of New York City. She joined the series in 2012 and brought an old world charm to it. She is billed as the first and only star of the reality TV show born and raised in New York City.

Aviva is not only an amazing TV celebrity, she is an amazing wife and a doting mother to her four children. The philanthropist, TV star and author is passionate about her work with various philanthropies. She is the National Spokesperson for One Step Ahead, an organization for amputees and an advisory board member of Cancer Schmancer/Trash Cancer and also Life4Life Foundation. For her family is very important. She teaches them the importance of giving back.

When she was 20-years old, Aviva moved to Paris. She moved around with celebrities like Naomi Campbell, Cindy Crawford and Sylvester Stallone. Here she had a boyfriend 10 years older than her. He was a nightclub manager. He got them invited to the hottest parties. However, the relationship soured and she ended it. It is said that he pushed her so hard that she fell down on the floor outside her apartment. She swore never to let a man turn her into something she would feel bad about.

Aviva has had two marriages. The first was to Harry Dubin and they had a son, Harrison, together.  Dubin is rumored to be a bit of a womanizer. He had a relationship with both Sonja Morgan and Luann de Lesseps. Though most times Aviva brushed it off saying he loved partying, she eventually divorced him in 2005. In 2010 Dubin failed to pay child support for his son Harrison to Aviva, wherein she was forced to involve the police.

Aviva went on to marry Reid Drescher, a Wall Street investment banker. It was a chance meeting for Aviva and Reid. She was a single mother at the time she met him while shopping at Bed Bath & Beyond where their children played together in the aisles. Reid also a single parent had a daughter Veronica. Soon they were married. She and Reid together have 2 children, Hudson and Sienna. The Dreschers, are the quintessential contemporary modern family, living on the Upper East Side, New York. Of German descent, the elegant and intelligent Aviva provides a warm and wonderful home for her husband and the four children.

FAQ: What is Aviva Drescher networth in 2020?