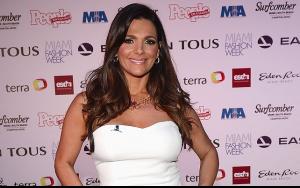 A combination of both charm and intelligence: that’s the best way to describe Barbara Bermudo. She is a journalist by profession and her beauty is impeccable. She was born and brought up in Puerto Rico. Her birth took place in the year 1975, in the month of June. Her family background may seem to be financially strong but the story is quite different than it seems. Her father came to Puerto Rico for finding a job.

By birth, her father is a citizen of Cuba. When he found it difficult to get a job, he started to sell shoes. After struggling for about one year, his luck favored him and he went on to become the owner of 7 shops. After achieving such success, he married a lady from Puerto Rico and the couple was blessed with a beautiful baby girl, Barbara. She is amongst the eight cover subjects "50 Most Beautiful People" of 2007.

To become a journalist was her passion, ever since she was a child. To fulfill her dreams, she went to an American University to pursue a degree in her beloved field. Before moving to the University, she completed her high school studies from Puerto Rico.

After pursuing the degree in Journalism, she got the opportunity to excel in this field through a news program, in the year 2002. She is still a part of the news program and her department covered various stories related to the interest of various people. Her show is quite famous among the Spanish speaking people, residing in the US. Her journalist career got a fillip when she started working with the famous Fernando, in the same program, as his partner.

Bermudo joined Primer Impacto and hosted the program along with Fernando Del Rincón in 2002! This program largely covers stories of human interest. In year 2004-05, Barbara Bermudo made television appearances and hosted a few ones, as well. She is a well-known actress. She has appeared in many TV shows and has taken part in various Spanish movies. Her role in the movie ‘Chasing Papi’, is well-known. The year 2004-05 was a remarkable one, in her career. She went on to host two different shows, during these years. The year, 2007, proved to be more effective for her, as she became the part of the magazine 50 most beautiful people.

FAQ: How old is Barbara Bermudo?

FAQ: What is Barbara Bermudo networth in 2020?