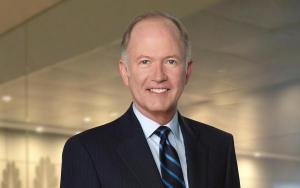 Bill Griffeth is an American journalist and news anchor who was one of the FNN's founding members (Financial News Network). He currently co-anchors "Closing Bell" on CNBC. He is one of the most respected financial journalists in the country, with nearly 30 years of experience in business television.

Born August 7, 1956, Bill Griffeth was born and raised in Los Angeles, California, to Frances and Charles Griffeth. He has worked as a news anchor since 1981 and has worked for CNBC Since 1991. In 1992, Bill and Cindy, a fellow Los Angeles native, moved into Park Ridge, where they raised their son Chad and daughter Carless. Member of The Hillside Methodist Church Cindy is a treasurer and teaches Bible Study.

Growing up in Los Angeles, Bill attended both middle school and private high school here. In his biography, he claimed to have been an excellent student and participated in his high school's journalism club, which started his career in journalism.

After graduating from high school, Bill enrolled at the University of California at Northridge (CSUN) and graduated in 1980 with a BA in journalism. In the year 2000, CSUN honored him with their Distinguished Alumnus Award, and in 2017, his Alma Mater awarded him an honorary doctor of humane letters degree. His talent in this field has gained him a net worth of $10 million.

Before joining CNBC, Bill was one of the founding members of FNN (Financial News Network) in 1981. During his ten years at FNN, Bill was nominated for the CableAce award for best news anchor, most notably for his 1987 stock market crash coverage.

During his Nightly Business Report (NBR) production with Sue, it was noted that there had been a 20% increase in viewers since its start five years before. During these years, he gained six more CableAce nominations along the way.

The NBR also hosts Tyler Mathisen, who has served Bill and Sue as co-hosts calling them close friends. Tyler claims his strong sentiments about the show on CNBC "It's no accident that NBR is the longest-running business show on television. There's simply no better place to get a concise, context-filled daily summary of the business and market news that matters most." In early 2018, Bill replaced Tyler's spot on NBR to take his new role as the vice president of CNBC. Tyler, however, will continue to keep his co-anchor position on CNBC's Power Lunch.

November 19, 2009, CNBC president Mark Hoffman announced to his staff that Bill would be taking off the year; his last day until the following year was Wednesday, November 25, 2009, and he did not return until January 3, 2011.

Bill is an author of four books, Bill Griffen's Ten Steps to Financial Prosperity (1994), The Mutual Fund Masters (1995), By Faith Alone: One Family's Epic Journey Through 400 Years of American Protestantism (2207), and The Stranger in My Genes (2016).

Since 2003, Bill became an avid amateur genealogist serving as a board member of the New England Historic Genealogical Society in Boston. He and his wife Cindy have traveled across Europe visiting the places of their ancestors leading up to his work "By Faith Alone: One Family's Epic Journey Through 400 Years of American Protestantism."

FAQ: How old is Bill Griffeth?

FAQ: What is Bill Griffeth networth in 2020?

Quick Facts
Help us Edit this article and get a chance to win a $50 Amazon Gift card.
Last Modified: Jul 26 2021
You may also like
articles you may like