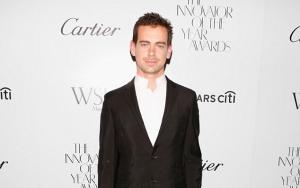 Jack Dorsey is known as an American businessman. He is most famous for being the CEO of Twitter.

Jack Dorsey was born on November 19, 1976, in St. Louis, Missouri. He grew up in a Catholic family and went to a Catholic high school. He attended Bishop DuBourg High School. His father’s name is Tim Dorsey, he worked in a company that developed mass spectrometers. His mother’s name is Marcia Dorsey, she was a homemaker.

From an early age, Jack Dorsey was interested in computers and communications. He learned and began programming when he was a student at Bishop DuBourg High School. He was interested in the technological challenge of coordinating taxi drivers, delivery vans, and other fleets of vehicles. At the age of fifteen, Jack wrote dispatch software. It is still used today by some taxicab companies to stay connected in real-time.

Dorsey studied at the Missouri University of Science and Technology. He then moved to Oakland, California where he could close to Silicon Valley.

A lot of women want to be the wife of such a successful businessman like Jack Dorsey but he has never been married. He also hasn’t had any children. He considers his two companies to be his children. Jack has dated many women with the highest profile one being the American entrepreneur, Kate Greer. He also has a good relationship with his on-again, off-again girlfriend. She is also an actress and yoga instructor.

In the year 2000, Jack Dorsey began to offer his dispatch software through the web. Soon Jack had an idea of creating a site that would combine the broad reach of dispatch software with the ease of instant messaging. Twitter was based on the basis of a now-defunct Silicon Valley company Odeo. The creators of Twitter were Dorsey and Odeo co-founder Evan Williams. Dorsey had developed a site where users could instantly post short messages. Twitter was not created to earn profit but it quickly became popular on the Internet.

Jack Dorsey was the chief executive officer of Twitter. In 2008, he became chairman of the board. In 2011, Dorsey returned to Twitter as Executive Chairman. In 2015, he was named the permanent CEO of Twitter. The popularity of Twitter peaked in August 2014. In May 2016, Dorsey said that Twitter would not count photos and links in the 140-character limit to leave more space for text.

Jack Dorsey is also a chief executive of Square SQ, a small business platform, which allows making payments with the help of mobile devices. It needs the small, square-shaped device to be attached to the iPhone, iPad, iPod Touch, or Android. Square has become a big and successful company with the capital of about $3.2 billion. In recent years, Jack grew a long beard. There was a rumor that he sent bread shavings to rapper Azealia Banks to promote Square Cash.

FAQ: How old is Jack Dorsey?