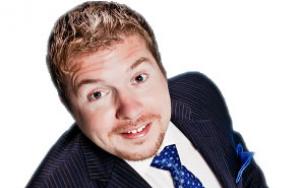 Bill Klein is the son of William Sr. and Barbara Klein. He is the eldest of three brothers. They grew up in Port Jefferson on Long Island, New York. Bill Klein has skeletal dysplasia, generally known as dwarfism, and so does his wife, Jennifer Arnold. Bill stands at 4' while Jen is 3'2" tall. Together they have starred in the docu-drama television series: The Little Couple. The show went through six strings.

Bill Klein was born on October 13th, 1974, in Port Jefferson on Long Island, NY. He is the son of William Sr. and Barbara Klein. He is the oldest sibling of three brothers. He was born with skeletal dysplasia, generally known as dwarfism; Bill Klein earned a degree in Biology from New York University and embarked on a professional career in sales. After his career in sales, Bill started his first endeavor into entrepreneurship with a pet supply business called "Rocky & Maggie's." Bill's brothers are Thomas and Joseph. Thomas is now a fire chief, and Joseph is a first responder. Both brothers would go on to help with Hurricane Irma relief.

Bill would eventually go on to marry a girl he knew nearly his entire life. The first time he met his wife Jen was when he was only ten years old in a hospital in Baltimore. Poor Jen was there for surgery and Bill for physical therapy. Although Jen mentioned later that she had no memory of that meeting, she truly believes it happened. They lost touch soon after, both walking different paths in life. Eventually, Klein and Jen would be reunited and, after three years of dating, married Jen. Jen worked as a neonatologist at Texas Children's Hospital in Houston. There was a lot of commuting and long-distance calls between New York and Houston. Klein and his wife have no biological children. Surrogacy didn't work for them, so they adopted; two children named Will and Zoey, who also have dwarfism. Klein and Jen are so committed to each other to the extent that six years after walking down the aisle, they renewed their vows in a ceremony that took place on a beach. It was very touching and romantic when Klein got down on his knee and proposed to his wife in the presence of family and friends. It was even more special as it was in front of their two children. Klein planned the ceremony as a surprise to his wife. TLC showed the wedding renewal in an episode of their show, which enthralled the fans.

In 2014, Bill's beloved Jen was struggling with cancer, and it seemed he lost his hope. Miraculously after going through so much, Jen succeeded in beating cancer, marking a pleasing time for her and the family. She turned 40 and decided to celebrate her win over cancer by spending that time with her family and loved ones at the beach, saying that this was what she loved the most.

After a failed career in sales, Bill Klein would eventually achieve success in 2009 when he became the star of his TV show on TLC called The Little Couple, which focused on the life of Klein and his wife. Bill and Jen both have skeletal dysplasia. Bill stands at 4' while Jen stands at just 3'2". The series has aired for more than a decade. Bill and Jen starred in the episodes along with their children, William and Zoey Klein. The series features the couple's start and documents the story of how they moved from New York to Houston after Jen finishes her master's at the University of Pittsburgh.

Bill and Jen became best-selling authors and earned their reputation as authors from their book "Life is Short." Soon after, the happy couple returned to their audience with their inspiring book "Think Big." The book's central idea can be summarized as a message to every person to follow their dreams and never give up or surrender, no matter what obstacles one might face. It gives people a push to stand tall and fight for what they want in their lives.

Their book was rather astonishing since there was so much going on in Bill and Jen's lives that it is incredible to see them achieve success not just on TV but also as authors. When Bill was asked how he managed to get through it all and publish his book, he replied, saying that it was vital for them to get their whole story out there to their fans. He also said he wanted their kids to know what they have been through when they grow up and how this could help them in their own lives to know that their parents have been through the same things that they will go through. Bill hopes it will show his children how they handled it all and built their respectful legacy.

Bill looks after the family's pet supply business, an e-commerce platform and brick & mortar location in Houston, Texas. He also works with companies large and small in strategic direction, sales, and operational efficiency and helping start-ups avoid pitfalls that are usually associated with being a 'start-up.'

Klein is involved in all of his businesses, including Candu Enterprises.

Candu Klein and his wife Jennifer offer various media services, public speaking, and humanitarian appearances at schools and other institutions to support the anti-bullying campaign in the United States.

He also founded Rocky & Maggie's, a pet supply company with an e-commerce platform and a physical storefront in Houston, TX. Rocky & Maggie's is named after the family pets.

Through the pet shop, the company also helps local rescues and charities!

Product development and franchising are among the company's future ambitions.