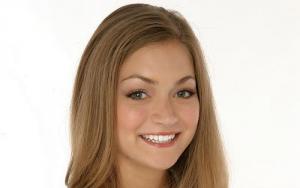 Britta Merwin is a famous weather reporter who works for KPRC in Houston, Texas.

She is an Atmospheric Science (Bachelor of Science) graduate from Stony Brook University.  Britta was later intrigued by the action-packed weather patterns of the rocky Mountain Region in Colorado, where she grew up. A cheerful member of the Stony Brook Cheerleading Squad, Britta graduated with sound grades and loads of potential. During her university days, she also got loads of recognition from her teachers and peers for her community services.

In her long career, Emmy nominated and AMS certified meteorologist Britta has helped millions with her weather forecasting stints. The well-respected weather reporter has been associated with reputed networks such as CNBC, MSNBC, KNSD and KCRA. More importantly, she is generally credited for covering 2008's devastating Midwest Flood and 2009-10's multiple Nor'easters, for tracking Hurricane Gustav, and many other critical weather events.

As the current meteorologist for KPRC Channel 2's News TODAY in Houston, Texas, Britta was one of the magnetic personalities who was hired by KPRC Local 2 in 2014 in its effort to attract more viewers. They weren’t beating around the bush when the producers had a mandate to increase ratings. They didn’t care that they would face possible attacks by people for actively seeking attractive anchors on their show increase ratings. They needed to increase ratings and they were willing to pull out all the stops. Britta was a great target for them because she could do the job and she was really pretty. They knew that she would be a big part of the plan to attract viewers and bump up the ratings. She joined the network as the new weekend meteorologist. She was then later promoted to the weekday morning position.

She first started out at WCBS-TV in New York and KMGH in Denver where she worked as an intern. As an intern, she accumulated her experience as a meteorologist. After her experiences at the workplace, she then acquired a critical position at NBC Weather Plus. She was also seen filling in CNBC & MSNBC. Later, NBC Weather Plus was bought by The Weather Channel and which cause her along with her hot fellow meteorologist Samantha Davies to become jobless.

FAQ: What is Britta Merwin networth in 2020?