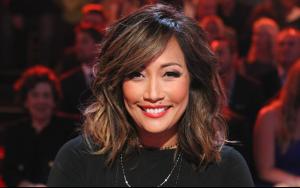 Famous dancer and choreographer Carrie Ann Inaba was born January 5, 1968 in Honolulu, Hawaii. Despite the fact that she was born in the United States, she has only the Japanese, Chinese and Irish roots. Carrie, along with her older sister grew up in Honolulu, where she enrolled in Hanahaouli School, and then she graduated Punahou School in 1986.

Since 5th grade, Inaba’s vision has been rapidly getting worse, but despite this fact, she won a statewide competition "Search for Talent" in Hawaii. After this victory, she decided to become a celebrity. Inaba moved to Japan, where she actively developed another her talent - the talent of the singer. She released three singles: “Be Your Girl”, “Party Girl”, and “Yume no Senaka”.

While living in Japan, she attended private Jesuit research university “Sophia University”. After living for two years in Tokyo, Inaba after unsuccessful attempts to develop a career as a singer, she eventually returned to the United States, settling in California. There, she attended the University of California, Irvine, and began to study choreography, world arts and cultures. Inaba finished her education at the University of California, Los Angeles with a bachelor's degree.

From 1990 to 1992, Inaba has worked on the television series “In Living Color” as part of the dance group “Fly Girls”. During this period she participated in tours of famous singers such as Madonna and Norman Iceberg. Carrie Ann has successfully worked as a "Pole Girl" during the tour of Madonna “Girlie Show World Tour” in 1993.

Some time later, Carrie Ann Inaba started to participate in a variety of shows: “The Oprah Winfrey Show”, “The NAACP Awards”, “The Creative Arts Emmys”, “The SAG Awards”, “The MTV Awards”.

Besides her dance shows, Carrie many times appeared in various films and television programs. In 1999 she had a small role in the film “Austin Powers: The Spy Who Shagged Me”, and in 2002 she starred in the film “Austin Powers in Goldmember”. She can also be seen in the movies: Monster Mash: The Movie, Showgirls, Lord of Illusions, Boys and Girls, Freak and American Virgin and many others, where in most cases she just danced.

The biggest fame Carrie Ann Inaba got because of her work as a judge on American dance competition show on ABC “Dancing with the Stars” in 2005 and as a choreographer in the reality show “Dance War: Bruno vs. Carrie Ann” in 2008.

In addition to the active shooting on various TV shows, Carrie is also a successful business woman. She started the video production company EnterMediArts, Inc (short for Entertainment, Media, Arts), on the basis of which she made two of her documentaries. Due to her successful career, Inaba has a net worth of 8 million dollars. Such a big fortune allowed her to conduct charitable activities by creating Carrie Ann Animal Foundation.

Regarding her personal life, from 2006 to 2008, she has dated with Russian dancer Artem Chigvintsev. After breaking up with Artem, Carrie met her next boyfriend Jesse Sloan at the dating site eHarmony, who later made her an offer. However, in September 2012, she ended the engagement with Jesse, and till nowadays she has not been married and pregnant.

FAQ: What is Carrie Ann Inaba networth in 2020?