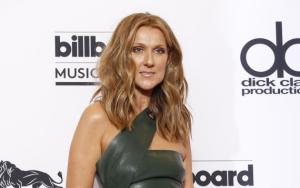 Celine Dion was born in Quebec in the city of Charlemagne. She is known as the best singer of all the time. She is a French Canadian and she has topped the pop charts throughout 1990s. She was called Celine Claudette Dion when she was born in 1968. Her father Adhemar Dion was working as a butcher while the mother Therese was a housewife. She grew up in the poverty stricken background but she maintains that her family was the happiest in the city. Her family always liked the music and she was named Celine after the song of a French singer Hugues Aufray called Celine that was recorded two years before she was born.

Celine Dion got married to Rene Angelil who was her boyfriend for two years after his divorce. They got married in 1994, at Notre Dame Basilica in Quebec. Their vows were renewed in the year 2000 in the city of las vegas. She met her husband when he was her manager in the year 1980 when she was 12 and he was 38 but started to date in 1987. They have 3 children and they were all born through the use of in-vitro fertilization since they were not able to conceive in a natural way. The first child was born in 2001 and he is called Rene-Charlese Angelil, the second children are twins and they are Nelson and Eddy. They are named after Eddy Marnay who is the favorite songwriter of Celine and Nelson Mandela who was a South Africa’s president.

According to her biography, Celine Dion dreamed to become the best performer and she was a rising teen idol in the French speaking world. Rene, who was her supervisor at that time, had to credit his home in order to record her debut album. She was singing with Epic Records and turned out to become a winning artist for the entire pop music history. Her international breakthrough was in the year 1991 and it was with Beauty and the Beast Disney production where she was the one to give the duet with Peabo Bryson and it was the title track of the movie. She was able to reach to the international audience with many songs. She was the one who sung the theme song of Titanic and it is called My Heart Will Go on and it also became her signature song. She has been able to sell over 200 million studio collection in the entire world.

Celine Dion has been able to make up to 520 million dollars as a net worth. She has the identity of being the highest earning Canadian singer in the entire history. Besides earning from her career, she is also entrepreneur and she is the owner of night clubs, management companies and franchise restaurants. She has been named the Queen of Vocals because of her powerful and technical skilled vocals.

FAQ: How old is Celine Dion?