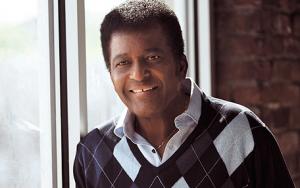 Charley Pride is known as an American country music singer. He is mostly famous for being a rare popular black country music performer. He was inducted into the Country Music Hall of Fame in the year 2000.

Charley Frank Pride was born on March 18, 1934 in Sledge, Mississippi. He is an African American man. He was raised in a big family along with his seven brothers and three sisters. He has been interested in music since his childhood years and when he was 14 years old, his mother bought him a guitar. Besides music, he was also a big fan of baseball. In the past, he had a dream to become a professional baseball player.

When he was eighteen years old, he even was a pitcher for the Memphis Red Sox of the Negro American League. The next year, in the year 1983 he signed a deal with Boise Yankees. He played baseball for several years until he joined the Army. He spent 2 years in the military and then continued his sporting career.

He started his music career way at the end of the 50s. In the year 1958, he recorded a few songs at Sun Studios. Since that time, he has played music for audiences at local clubs in Montana. Once he met the famous Chet Atkins, he signed a contract with him. He worked with Chet for RCA Victor since 1965. He released his first single in the year 1966, it was titled “The Snakes Crawl at Night”.

He got his breakthrough moment after he released another single "Just Between You and Me", it reached the nine position on the US country chart and the next year Charley was nominated for a Grammy Award. In the year 1967, he appeared on the Grand Ole Opry, he was the first black performer there. Since that time he has appeared in several TV shows as a guest. In the year 1966 he released his first album “Country”.

The next year the world saw another two albums released by Charley called “The Pride of Country Music” and “The Country Way”. He became very popular and released new albums every year until 1990. The more successful of his releases were two volumes of “Greatest Hits”, which was released in the years 1981 and 1985.

Charley left RCA Records in the year 1986 because the record studio did not renew contracts with many old artists who, such as Dolly Parton, John Denver, and Sylvia. He decided to move on another label when he switched to 16th Avenue Records, where he recorded his hit song "Shouldn't it be Easier Than This". In the year 1994. he released his album “My 6 Latest & 6 Greatest”. In the same year he also wrote and published his autobiography, which was titled “Pride: The Charley Pride Story”.

In addition to his brilliant music career, he is a businessman, being the part owner of the MLB baseball team, the Texas Rangers. He is also an active participant in charity events.

FAQ: How old is Charley Pride?

FAQ: What is Charley Pride networth in 2020?