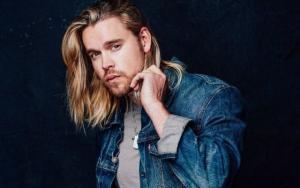 Chord Overstreet is known as an American actor and singer. He is most famous for his role as Sam Evans on the Fox hit musical television series Glee. He released his debut single, "Homeland", through Island Records and Safehouse Records on August of 2016. Wikipedia

Chord Paul Overstreet was born on February 17, 1989 in Nashville, Tennessee. His mother, Julie (Miller) worked as a make-up artist. His father, Paul Overstreet performed as a country musician and songwriter. His grandfather was a well-known pastor in their community. Overstreet and his five siblings were raised in a creative and music-filled environment because their father was highly involved in the music industry. His brother, Nash Overstreet is also a musician and in the band called Hot Chelle Rae.

Chord received a call from his manager, pushing him to audition for an open casting call for the FOX television series Glee in 2010. Chord got the role of quarterback turned glee club member, Sam Evans after many rounds of auditions. Since Chord had an amazing debut performance on the season premiere of the 2nd season of Glee, he has received critical and commercial praise for his performance on the show. The show has given him a large following of dedicated and loving fans who adore him.

FAQ: How old is Chord Overstreet?

FAQ: What is Chord Overstreet networth in 2020?