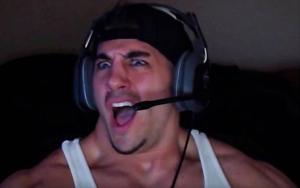 Nickmercs is known as an American Bodybuilder and eSports YouTuber. He is most famous for his Fortnite gameplay as a home console player.

Nick shoot himself to video game fame for making a Fortnite World Record of the most squad kills in a single game. He and his squad had 54 kills and 55 kills, however according to the online viewers, the 54 kills didn't count because they did not win the game. They did win the game with 55 kills shortly after the previous game. The record was then beaten by xPolitics, MannyinCali, TozSlays, and JuicyMutt with 59 total kills.

Nick also holds the world record of the most kills for a duo. His partner worked well with him as they accomplished the feat. They both had 23 kills which summed up to 46 total kills. The new record was held the same month that he had the Squad record.

Nick has also competed in many Fortnite tournaments including Friday Fortnite, which is ran by Keemstar of DramaAlert. He has also joined the Fortnite Summer Skirmish. He is a member of the famous gaming squad, '100T'.

FAQ: What is Nickmercs networth in 2020?