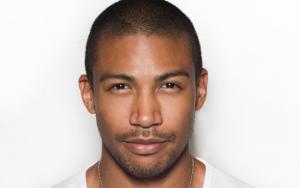 Who is Charles Michael Davis?

Charles Michael Davis is an American actor, model, producer and director who is perhaps best known for his portrayal of Marcel Gerard on the CW television program The Originals. The Originals is an American drama series that was created as a spin-off of The Vampire Diaries and has just been renewed for a fifth season. Davis’ character is a vampire and former slave that constantly struggles for power over New Orleans. Charles Michael Davis was born on December 1, 1984, in Dayton, Ohio; his mother is from Manila and his father is from Kentucky. Davis graduated from Stebbins High School in Dayton and later went on to attend Miami University in Oxford, Ohio.

Davis began his professional career as a model represented by Jake Lang at Wings Model Management. He has done print modeling and commercials for both Nike and Foot Locker. Davis’ television credits include recurring roles on Switched at Birth, Grey’s Anatomy, and That’s So Raven. He also played the quarterback for the San Diego Sabers on BET’s The Game. In 2018, Davis was made part of the main cast on the American comedy-drama television series Younger, opposite Hillary Duff. Charles Michael Davis is currently represented Gersh and Mary Erickson Management.

FAQ: What is Charles Michael networth in 2020?